How We Got The Bible - Olive Tree Bible Software

How We Got The Bible 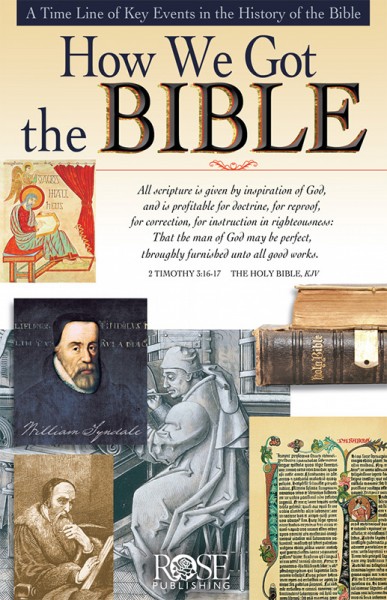 How We Got The Bible

Title: How We Got The Bible

How We Got the Bible will increase the confidence of every believer regarding the reliability of the Bible. It includes a time line of key events in Bible-making history, examples and illustrations of ancient writing materials, and a variety of Bible versions. This resource includes the inspiring stories of early translators who gave their lives to translate and print the Bible, including William Tyndale, John Wycliffe, King James, Erasmus, and Johann Gutenberg.

How We Got the Bible will encourage every believer, and that answer the questions of those still seeking. It reveals how the Old and New Testaments were communicated through a variety of forms beginning as early as 1500 BC when they were written on stone, clay and leather, and later on papyrus, and fine animal skins. Discover the reasons we can trust the reliability of the Bible, for example, how earliest Bible manuscripts were intricately copied by hand and how ancient texts, such as the Dead Sea Scrolls, validate the earliest manuscripts.

A time line displays the remarkable and fascinating history of the Bible beginning in 2000 BC with Old Testament writers. The time-line captures key moments in Bible-making history such as:

How We Got the Bible reveals the people that were key to Bible translation history, including: Erasmus, Martin Luther, William Tyndale, Miles Coverdale, and many others.