Dictionary of the Later New Testament and its Developments 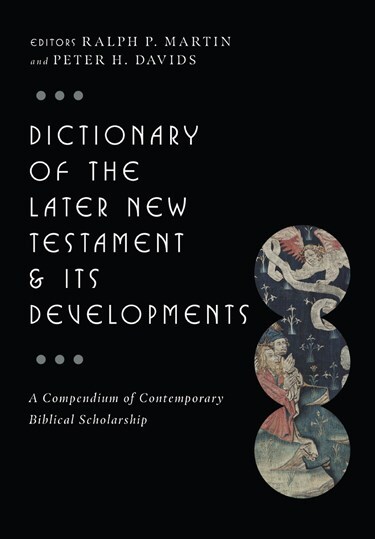 Dictionary of the Later New Testament and its Developments

Title: Dictionary of the Later New Testament and its Developments

The Dictionary of the Later New Testament & Its Developments offers a summary of New Testament studies. Designed to bring students, teachers, pastors and general readers up to date and up to speed, this one-of-a-kind reference volume presents more information than any other single work--dealing exclusively with the theology, literature, background and scholarship of the later New Testament and the apostolic church.

In-depth, comprehensive articles focus on theological themes, methods of interpretation, background topics and various other subjects specifically related to the study of New Testament theology and literature. Expert contributors include Darrell Bock, George R. Beasley-Murray, I. Howard Marshall, Ben Witherington III and James D. G. Dunn. Wide-ranging articles range from the books of James and Jude to household codes, from the Roman emperor cult to gnosticism and docetism, questions of canon to second-century church leaders like Ignatius and Polycarp.

The Dictionary of the Later New Testament & Its Developments takes its place alongside the Dictionary of Jesus and the Gospels and Dictionary of Paul and His Letters in presenting mature evangelical scholarship--committed to the authority of Scripture, utilizing the best of critical methods, and maintaining a dialogue with contemporary scholarship and the challenges facing the church.

This product is also included in the IVP Dictionary Series (8 Vols.), which provides value and convenience in a multiple-volume set.