Israel and the Nations: The History of Israel from the Exodus to the Fall of the Second Temple - Olive Tree Bible Software

Israel and the Nations: The History of Israel from the Exodus to the Fall of the Second Temple 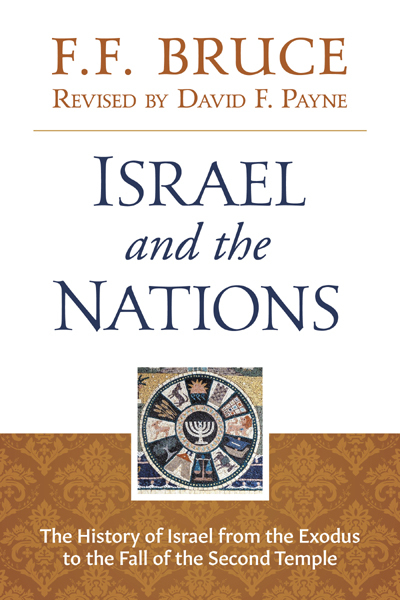 Israel and the Nations: The History of Israel from the Exodus to the Fall of the Second Temple

Title: Israel and the Nations: The History of Israel from the Exodus to the Fall of the Second Temple

In recounting Israel's story from the Exodus to the destruction of Jerusalem by the Romans, F.F. Bruce reveals the historical context of the nation of Israel in a way that reads more like a novel than an academic text. In doing so, he makes the Bible come alive. For instance, the book gives a context to Psalm 137 in which Edom rejoices over Jerusalem's fall to Babylon, and it gives context to John 4 where a woman says, "Jews have no dealings with Samaritans."

The chief distinction of Israel and the Nations lies in the fact that Professor Bruce does not deal with Israel as an isolated unit. Rather, he deals with Israel from the standpoint of its historical interaction with its almost forgotten neighbors.

The Old Testament is the story of Israel, God's chosen people. At the time the Bible was written, the story's context—Israel's relation with Egypt, with the nations of Canaan, and with Babylon and Assyria, for instance—was familiar to its readers. However, today's readers, who sometimes find the political context of the Old Testament and the events of the intertestamental period to be obscure, will gain fresh understanding through Israel and the Nations.

"An excellent sketch of the history of Israel, written with a splendid clarity," said biblical scholar John Bright.

F.F. Bruce (1910-1990), known worldwide as the “dean of evangelical scholarship,” was Rylands Professor of Biblical Criticism and Exegesis at the University of Manchester in England. A prolific writer, his commentary The Book of the Acts in the New International Commentary series is considered a classic. Bruce combined an immense contribution to evangelical scholarship with a passion for proclaiming the Bible as God’s guide for our lives. He used his great knowledge to explain the Bible simply and clearly.