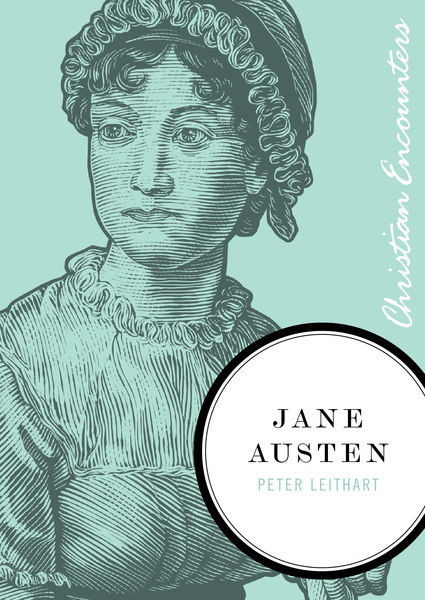 In this Christian Encounter Series biography, author Peter J. Leithart explores the life of Jane Austen, beloved author of such books as Pride and Prejudice and Emma.

Jane Austen is now what she never was in life, and what she would have been horrified to become—a literary celebrity.

Austen’s novels achieved a timelessness that makes them perennially appealing. Kipling and Churchill found solace in her writings during times of war and illness. Mark Twain had a love/hate relationship with her work. And then, there’s our celebrity culture: the television hit Pride and Prejudice, the award-winning 1995 film Sense and Sensibility, and all the remakes and prequels and sequels. Modern-day Jane Austen fans just can’t seem to leave her characters alone.

“Janeia” is the author’s term for the mania for all things Austen. This biography captures the varied sides of Austen’s character and places her Christian faith in a more balanced light and with less distortion than has been achieved previously. It is a delightful journey through a life spent making up stories that touched the lives of millions.

“I was riveted by Leithart's excellent biography of Austen, the woman who profoundly influenced me to search for the universal truth in my novels. I was able to see the flesh-and-blood woman I've admired since my teens. Highly recommended for Janeites like me!”