Out of Context: How to Avoid Misinterpreting the Bible by Richard L. Schultz and Richard Schu... for the Olive Tree Bible App on iPad, iPhone, Android, Kindle Fire, Mac, and Windows - Olive Tree Bible Software

Out of Context: How to Avoid Misinterpreting the Bible 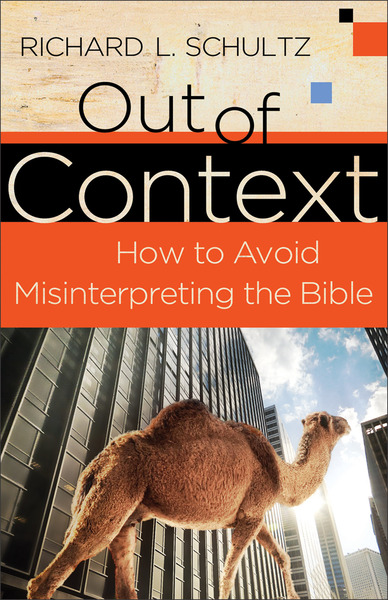 Out of Context: How to Avoid Misinterpreting the Bible

Title: Out of Context: How to Avoid Misinterpreting the Bible

Although 92% of American households own at least one Bible, their use of the Bible varies significantly. Only 59% of Americans read the Bible at least occasionally, and an even smaller percentage go beyond merely reading the Bible and actually study it. It is no wonder that even those who say they read the Scriptures often don't understand them.

Veteran Bible professor Richard L. Schultz believes the misinterpretation and misapplication of biblical texts amounts to a crisis of "interpretive malpractice." In Out of Context he seeks to explain how biblical interpretation goes wrong and how to get it right. He introduces readers to the important concepts of context, word meaning, genre, and the differences between the world of the Bible and our own. Readers who delve into the fascinating world of biblical interpretation found in this book will find their Scripture reading enhanced and be enlightened by Schultz's powerful and ultimately positive message.
ISBN: 9781441238887