Ask the Question: Why We Must Demand Religious Clarity from Our Presidential Candidates by Stephen Mansfield and David Aikman... for the Olive Tree Bible App on iPad, iPhone, Android, Kindle Fire, Mac, and Windows - Olive Tree Bible Software

Ask the Question: Why We Must Demand Religious Clarity from Our Presidential Candidates 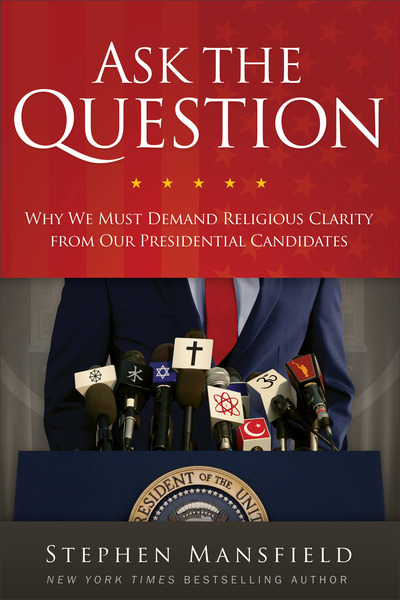 Ask the Question: Why We Must Demand Religious Clarity from Our Presidential Candidates

Title: Ask the Question: Why We Must Demand Religious Clarity from Our Presidential Candidates

For most of American history, the conventional wisdom was that religion was too private a matter to ask a political candidate about. But in a political landscape in which we will see Muslims, atheists, Mormons, Buddhists, and Christians of all stripes running for high office, we cannot afford to avoid religious questions. It's within American voters' rights to know what their candidates believe about God and religion, because those beliefs shape policy and thus action. In both small and significant ways, a candidate's religious views (or lack thereof) define political leadership. And the time for skirting the question or giving vague answers is over.

In this rousing call to action, Stephen Mansfield shows readers
- what religion will mean in the 2016 presidential race
- how the media, both left and right, get religion wrong
- the reasons the faith of candidates such as JFK, Mitt Romney, and Barack Obama caused issues with both the electorate and even their own advisors
- how to ask the right questions to get honest answers
- what giving candidates a "religious pass" can cost the country
- how religion in American politics impacts America's role in the world
- and more

Frustrated and confused voters across the country and on both sides of the aisle will find here a balanced and essential guidebook to actively and intelligently participating in America's political system.
ISBN: 9781493403271