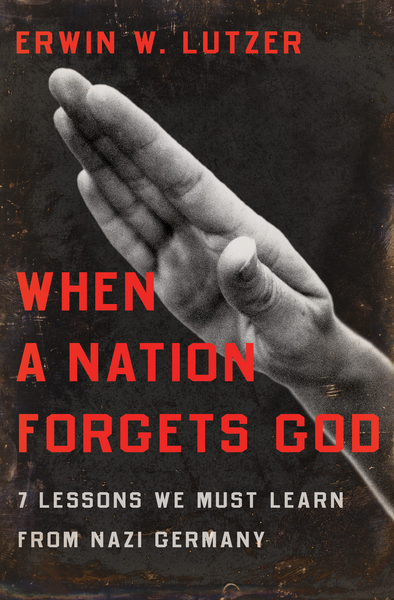 Title: When a Nation Forgets God 7 Lessons We Must Learn From Nazi Germany

The people of Germany weren’t any more barbaric, uncivilized, or depraved than any other Western nation of the early Twentieth Century, yet the Nazi regime will forever serve as an example of brutality and extreme racism run amok. What led so many people to such extreme ends?

According to Dr. Lutzer, the German people’s progression from civility to barbarity was not extraordinary, and more than a few benchmarks from their transition can be observed in present day American society: the Church is silenced, the economy is king, the lawmakers determine behaviors, the media controls beliefs, the Gospel and nationalism become inextricably tied to each other, and yet, heroes still have power.

This is not to suggest the United States is marching toward authoritarian oblivion, but that we — especially we Believers — must be vigilant in our stand for truth, justice, and righteousness.

We must take note of these lessons from history. The parallels are real, but the conclusion is not a foregone one.