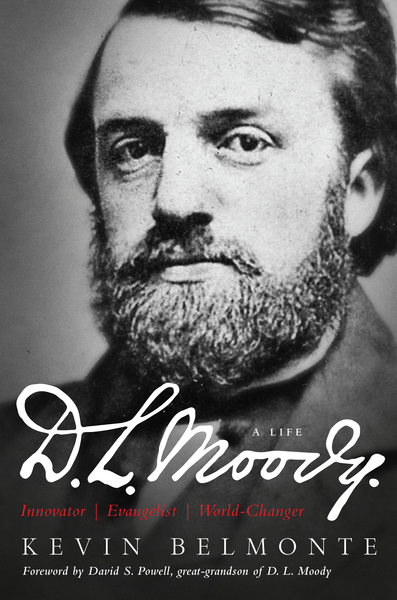 He burst upon the fusty corridors of Victorian spirituality like a breath of fresh air, regaling the prime minister with his sense of humor, and touching the lives of seven presidents.

Who was this man? A sterling philanthropist and educator, D. L. Moody was also the finest evangelist in the nineteenth century—bringing the transformative message of the gospel before 100 million people on both sides of the Atlantic in an age long before radio and television. Thousands of underprivileged young people were educated in the schools he established. Before The Civil War, he went to a place no one else would: the slums of Chicago called Little Hell. The mission he started there, in an abandoned saloon, in time drew children in the hundreds, and prompt a visit from president-elect. Abraham Lincoln in 1860.

But all this is just to begin to tell the life of D.L. Moody. Drawing on the best, most recent scholarship, D. L. Moody – A Life chronicles the incredible journey of one of the great souls of history.