Beyond The Mist: The Story of Donald and Dorothy Fairley - Olive Tree Bible Software

Beyond The Mist: The Story of Donald and Dorothy Fairley 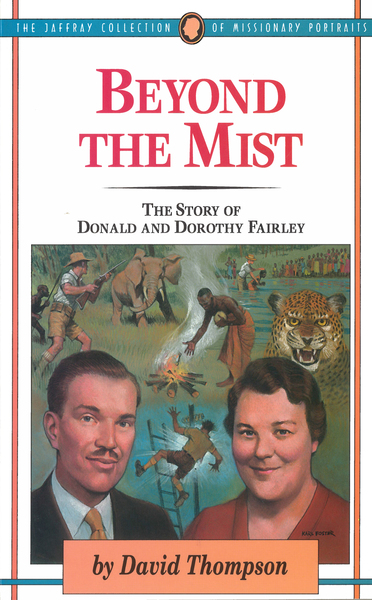 Beyond The Mist: The Story of Donald and Dorothy Fairley

Title: Beyond The Mist: The Story of Donald and Dorothy Fairley

To the west of the Great Forest the gray waves of the Atlantic hurl themselves onto the shimmering beaches of Gabon, West Africa. And under the 100,000-square mile canopy of the Great Forest live millions of creatures, including dozens of tribes with strange-sounding names. Mwiri and Bwiti live there too- Mwiri claiming to be the "Guardian of the Forest" and Bwiti, the more powerful god, holding the people of the Great Forest in his cruel and enslaving grip.

Into this dark kingdom came young Donald and Dorothy Fairley in 1930. They plunged into the forest, befriended its peoples, engaged the evil powers, preached, and taught. They also constructed homes and churches from raw materials, built a hydroelectric plant and turned 177 acres of the Great Forest, once known as "the place of death," into a place of both spiritual and physical healing. That place is now known as Bongolo. Today, the self-supporting and self-governing Gabon Christian Alliance Church, the nation's largest Protestant denomination, has spread into every province. And what about Mwiri and Bwiti? Their kingdom has been penetrated, their fearsome grip loosened, their dreadful power dispelled in Jesus' name.  A riveting, never-to-be-forgotten story of raw human courage and the love of God for all peoples!