In Defense of the Descent - Olive Tree Bible Software

In Defense of the Descent 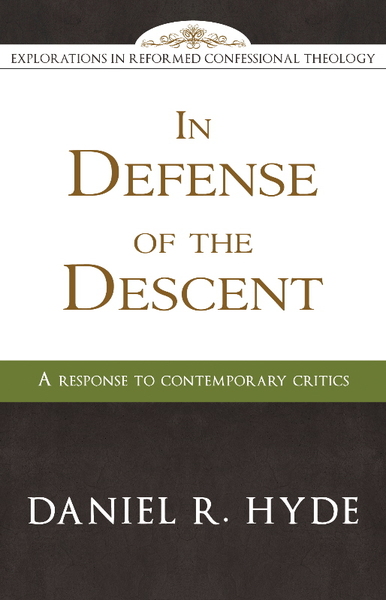 In Defense of the Descent

Title: In Defense of the Descent

The Apostles’ Creed claims that Christ “descended into hell,” but do we really believe that? Should we believe that? In this book, Daniel R. Hyde analyzes this controversial claim, bringing valuable light to this long confessed doctrine. He presents the arguments raised against the descent clause, discusses the various understanding of it throughout church history, explains how the Reformed churches have adopted it, and demonstrated the benefits of retaining it as a point of our Christian confession today. For those who question why Christians would believe in the descent of Christ, In Defense of the Descent is an informative and helpful guide. "For creedal and confessional Christians, the clause in the Apostles Creed “he descended into hell” is important, but sometimes puzzling. Even as intelligent lay folk often struggle to articulate a brief, cogent, accurate reply as to its precise meaning, they may not fully appreciate the history of discussion behind the phrase, or the origins and function of its inclusion in what is probably still, liturgically, the most widely used Creed in the Reformation churches. Daniel Hyde has come to the rescue with a brief, helpful, historical, biblical, and pastoral treatment of this clause, and the crucial theological truth it is designed to propound and protect. I warmly commend it to the Christian reader." - J Ligon Duncan
ISBN: 9781601783219