Theology of the French Reformed Churches, The 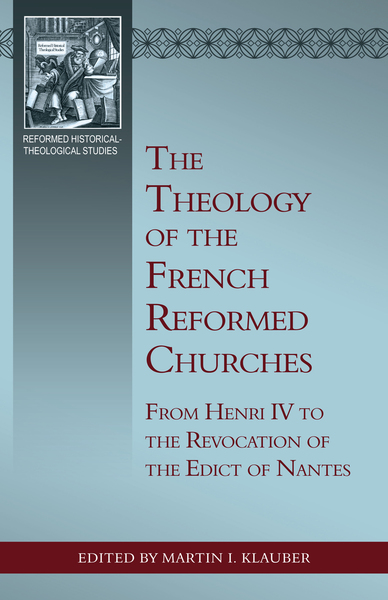 Theology of the French Reformed Churches, The

Title: Theology of the French Reformed Churches, The

The Theology of the French Reformed Churches introduces us to the Huguenots of the seventeenth century. The period was an unusual one in which France boasted two state religions, Roman Catholic and Protestant, due to the protections afforded the latter by the Edict of Nantes in 1598. In this book, Martin I. Klauber and his team of scholars survey the development of and diffi culties facing the early French Reformed tradition as well as the ecclesiastical, theological, and political challenges it faced during the seventeenth century. They also investigate the important contributions made by some of its most significant theologians: Moïse Amyraut, Pierre du Moulin, Jean Daillé, Andreas Rivetus, Charles Drelincourt, Claude Pajon, Jean Claude, and Pierre Jurieu. The theologians of the seventeenth-century French Reformed churches displayed a theological richness rarely remembered even among Reformed believers in the centuries following their labor, and this volume resurrects some of their vitality for a new audience. “This most welcome collection of essays, authored by an impressive team of leading scholars, goes to the heart of the Huguenot experience during the increasingly troubled seventeenth century. The initial chapters set the context with lucidity and precision. Subsequent contributions offer a superb exploration of the thought and influence of eight celebrated French Reformed theologians. Professor Klauber and his colleagues have provided an encompassing, informative, and absorbing assessment of Reformed theological positions and their elaboration during a critical era in the history of French Protestantism.” — Raymond A. Mentzer, Daniel J. Krumm Family Chair in Reformation Studies, University of Iowa
ISBN: 9781601783141