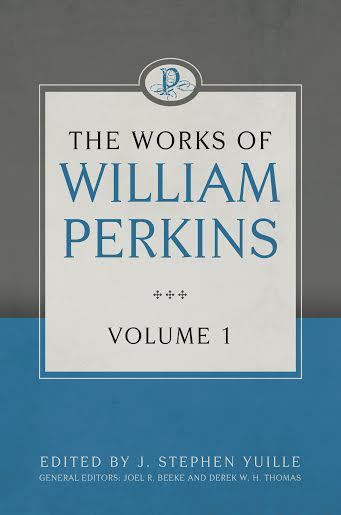 The present volume contains three of Perkins’s treatises. The first is A Digest or Harmony of the Books of the Old and New Testament, which offers a synopsis of the Bible that relates sacred history to the chronology of the world. Dating God’s creation of the universe in 3967 BC, Perkins develops his overview of redemptive history that culminates in the final judgment.

The second treatise is The Combat between Christ and the Devil Displayed. Expounding Matthew 4:1–11, Perkins shows how Christ’s temptation in the wilderness (1) set Jesus up to serve as the second Adam, overcoming Satan’s temptation in a way the first Adam did not; (2) reveals how the devil assaults the church so that we might be better prepared to resist his temptations; and (3) equipped Christ to be a sympathetic high priest to those who are tempted.

The third and most significant treatise is A Godly and Learned Exposition upon Christ’s Sermon in the Mount. “Hereof I have chosen to entreat,” says Perkins, “because it is a most divine and learned sermon, and may not unfitly be called the ‘Key to the whole Bible’; for here Christ opens the sum of the Old and New Testaments.” The fact that Perkins saw the Sermon on the Mount as unlocking the meaning of Scripture in its entirety suggests that his understanding of what Christ declares in Matthew 5–7 was pivotal to the development of his theology and piety.

“On the broad shoulders of William Perkins, epoch-making pioneer, stood the entire school of seventeenth-century Puritan pastors and divines, yet the Puritan reprint industry has steadily bypassed him. Now, however, he begins to reappear, admirably edited, and at last this yawning gap is being filled. Profound thanks to the publisher and heartfelt praise to God have become due.” — J. I. Packer, Board of Governors’ Professor of Theology, Regent College, Vancouver, British Columbia

William Perkins (1558–1602), often called “the father of Puritanism,” was a master preacher and teacher of Reformed, experiential theology. He left an indelible mark upon the English Puritan movement, and his writings were translated into Dutch, German, French, Hungarian, and other European languages. Today he is best known for his writings on predestination, but he also wrote prolifically on many doctrinal and practical subjects, including extended expositions of Scripture.