Spiritual Brotherhood, The: Cambridge Puritans and the Nature of Christian Piety 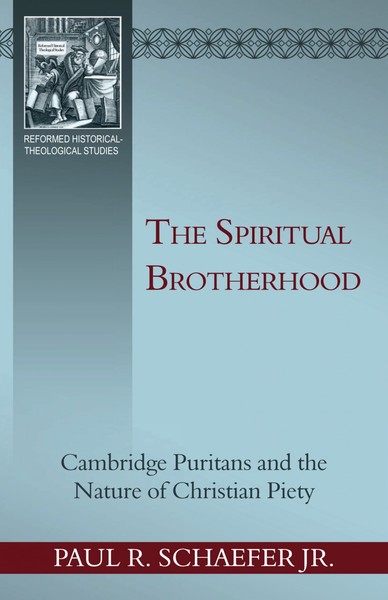 Spiritual Brotherhood, The: Cambridge Puritans and the Nature of Christian Piety

Title: Spiritual Brotherhood, The: Cambridge Puritans and the Nature of Christian Piety

During the late sixteenth and early seventeenth centuries, a “spiritual brotherhood” formed among the Puritans, shaped by the reforming activity and training of Cambridge. These pastor-theologians initiated a new emphasis within the established church, stirring up a greater understanding of the Reformation doctrines of grace and preaching for conversion and Christian growth and piety. In this study, Paul Schaefer looks at six thinkers in this group who stand out because each was used as the human vehicle to bring the gospel to the next: William Perkins, Paul Baynes, Richard Sibbes, John Cotton, John Preston, and Thomas Shepard. By examining their teaching on the relation between man’s depraved nature and sovereign grace, as well as the distinct but inseparable relation of justification and sanctification, Schaefer demonstrates how the Puritan movement came to focus most intently on the cultivation of Reformed piety within the church. “This long-awaited publication of Paul Schaefer’s doctoral dissertation should be a source of some delight to those working in the field of late sixteenth and seventeenth century Puritanism, casting light as it does upon the nature of the development of Puritan spirituality. It is thoroughly researched and well-argued, and all students of the period will benefit from reading it and reflecting upon its conclusions.” – Carl R. Trueman, professor of historical theology and church history
ISBN: 9781601783226