Deep Church A Third Way Beyond Emerging and Traditional 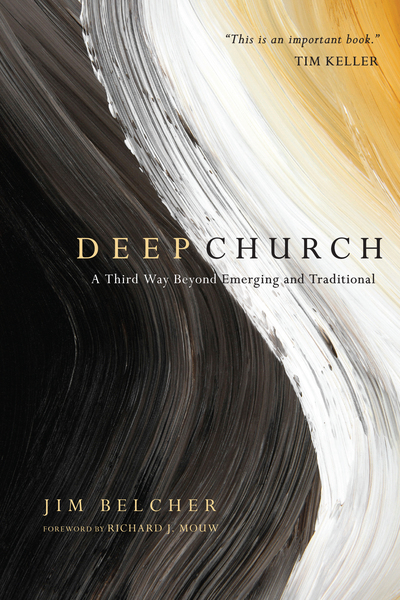 Deep Church A Third Way Beyond Emerging and Traditional

Title: Deep Church A Third Way Beyond Emerging and Traditional

2010 Christianity Today Book Award winner! 2010 Golden Canon Leadership Book Award winner! Feeling caught between the traditional church and the emerging church? Discover a third way: deep church. C. S. Lewis used the phrase 'deep church' to describe the body of believers committed to mere Christianity. Unfortunately church in our postmodern era has been marked by a certain shallowness. Emerging authors, fed up with contemporary pragmatism, have offered alternative visions for twenty-first-century Christianity. Traditionalist churches have reacted negatively, at times defensively. Jim Belcher knows what it's like to be part of both of these worlds. In the 1990s he was among the pioneers of what was then called Gen X ministry, hanging out with creative innovators like Rob Bell, Mark Oestreicher and Mark Driscoll. But he also has maintained ties to traditionalist circles, planting a church in the Presbyterian Church of America. In Deep Church, Belcher brings the best insights of all sides to forge a third way between emerging and traditional. In a fair and evenhanded way, Belcher explores the proposals of such emerging church leaders as Tony Jones, Brian McLaren and Doug Pagitt. He offers measured appreciation and affirmation as well as balanced critique. Moving beyond reaction, Belcher provides constructive models from his own church planting experience and paints a picture of what this alternate, deep church looks like--a missional church committed to both tradition and contemporary culture, valuing innovation in worship, arts and community but also adhering to creeds and confessions. If you've felt stuck between two extremes, you can find a home here. Plumb the depths of Christianity in a way that neither rejects our postmodern context nor capitulates to it. Instead of veering to the left or the right, go between the extremes--and go deep.
ISBN: 9780830878147