Grace Alone---Salvation as a Gift of God: What the Reformers Taughts...and Why It Still Matters - Olive Tree Bible Software

Grace Alone---Salvation as a Gift of God: What the Reformers Taughts...and Why It Still Matters 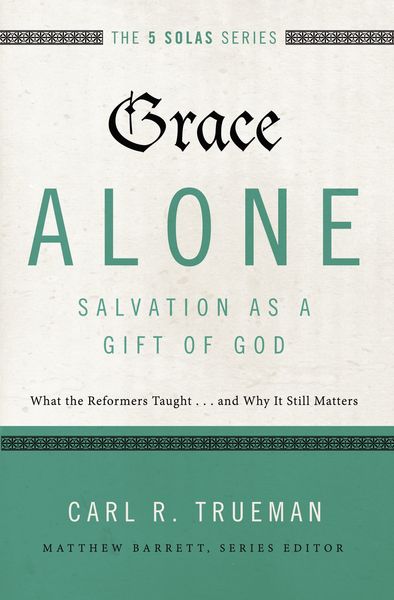 Grace Alone---Salvation as a Gift of God: What the Reformers Taughts...and Why It Still Matters

Title: Grace Alone---Salvation as a Gift of God: What the Reformers Taughts...and Why It Still Matters

Grace is the heart of the Christian gospel. It's a doctrine that touches the very depths of human existence and makes Christianity such an essential alternative to the dissolution and nihilism of modern culture. Grace Alone guides you into a better doctrinal understanding of the issue and gives you a more glorious vision of an active and saving God.

The language of grace fills the Bible so much that to say "grace alone" may not evoke much reflection. Unlike "faith alone," there's no theological controversy among expressions of Christianity. Reviving one of the five great declarations of the Reformation (and one of the more overlooked)—sola Gratia—professor and church historian Carl Trueman:

Explanations throughout on the relationship of grace to sin, salvation and glorification, God's sovereignty, the sacraments, and the controversies regarding freewill and predestination. Grace Alone is a beautiful and much-needed revival of this foundational doctrine and the assurance of salvation.

Historians and theologians have long recognized that at the heart of the sixteenth-century Protestant Reformation were five declarations, often referred to as the "solas." These five statements summarize much of what the Reformation was about, and they distinguish Protestantism from other expressions of the Christian faith: that they place ultimate and final authority in the Scriptures, acknowledge the work of Christ alone as sufficient for redemption, recognize that salvation is by grace alone through faith alone, and seek to do all things for God’s glory.

The Five Solas Series is more than a simple rehashing of these statements, but instead expounds upon the biblical reasoning behind them, leading to a more profound theological vision of our lives and callings as Christians and churches.