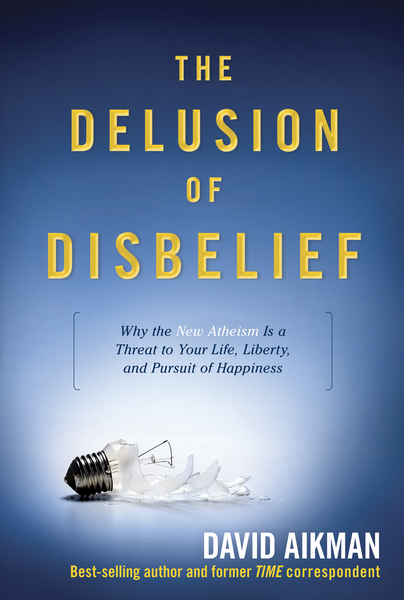 The last few years have seen a great assault upon faith in the publishing world, with an influx of books denouncing religious belief. While attacks on faith are not new, what is notable about these books—several of which have hit the bestseller charts—is their contention that belief in God is not only deluded, but dangerous to society.
In The Delusion of Disbelief, former Time senior correspondent and bestselling author David Aikman offers an articulate, reasoned response to four writers at the forefront of today's anti-faith movement: Sam Harris, Daniel Dennett, Richard Dawkins, and Christopher Hitchens.
Aikman shines a light on the arguments of these “evangelists of atheism,” skillfully exposing their errors and inconsistencies. He explains what appears to motivate atheists and their followers; encourages Christians to look closely at what they believe; arms readers with powerful arguments in response to critics of faith; and exposes the social problems that atheism has caused throughout the world.
Aikman also takes on one of the most controversial questions of our time: Can American liberties survive in the absence of widespread belief in God on the part of the nation's people? The answer to that question, says Aikman, is critically important to your future.
The Delusion of Disbelief is a thoughtful, intelligent resource for anyone concerned about the increasingly strident and aggressive new attacks on religious belief. It is the book that every person of faith should read—and give away.
ISBN: 9781496415424