MUSLIM: What You Need to Know About the World’s Fastest Growing Religion - Olive Tree Bible Software

MUSLIM: What You Need to Know About the World’s Fastest Growing Religion 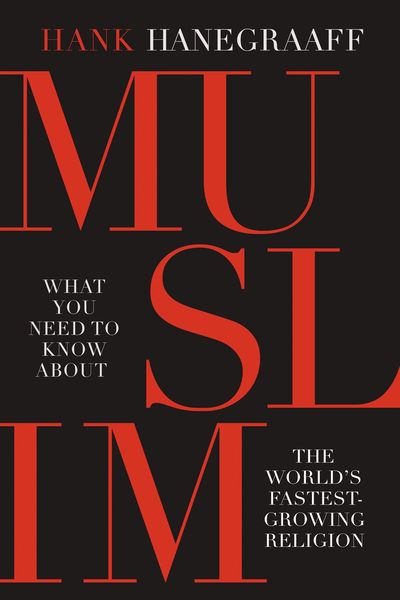 MUSLIM: What You Need to Know About the World’s Fastest Growing Religion

Title: MUSLIM: What You Need to Know About the World’s Fastest Growing Religion

Is Islam a peaceful and tolerant religion? How did it get started? World events are making it more timely, important, and necessary for every Christian to understand how the world’s fastest-growing religion will affect them and how to stand firm in the truth of Christ.

Renowned “Bible Answer Man” Hank Hanegraaff provides an in-depth look at Islam. For all the debate over Islam and its growing presence in the world, one thing is often overlooked: Islam is not a religion in the Western sense. It’s an all-encompassing worldview opposed to anything but itself. While there may be millions of peaceful and tolerant Muslims, many of them our neighbors, Islam itself is not peaceful and tolerant.

Islam is the only significant religious system in the history of the human race with a structure of laws that mandate violence against the infidel. The current narrative is that to tell the truth in this regard will radicalize Muslims and worsen hostilities. A common phrase you’ve probably heard is that: “Islam is not our enemy.” As well-intentioned as this mantra may be, it is a dangerous stance once someone understands Islam in full.

Global Islamic jihadism is exacting mass genocide on Christians in the East and multiplying terrorist attacks throughout the West. Worse still, Western governments, academic institutions, and media outlets seem bent on peddling a false narrative about what Islam truly is.

In Muslim, you will:

The conflict between Islam and the West is not going to die down or fade away. The Islamic doctrines upon which it is based will continue to cause conflict on an ever-increasing scale. With Muslim, Christians can equip themselves and others to stand unwavering in the truth of Christ.