Lost World of the Flood: Mythology, Theology, and the Deluge Debate 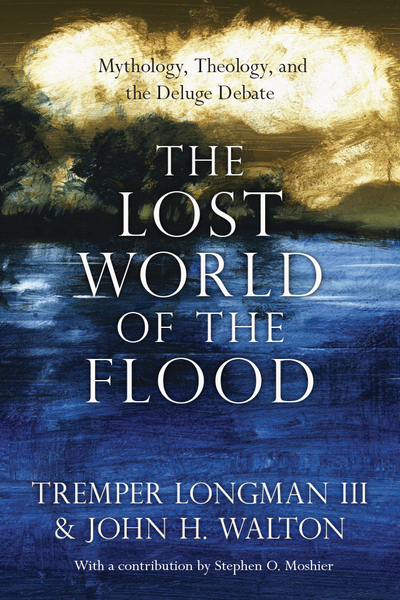 Lost World of the Flood: Mythology, Theology, and the Deluge Debate

Title: Lost World of the Flood: Mythology, Theology, and the Deluge Debate

"The flood continued forty days on the earth; and the waters increased, and bore up the ark, and it rose high above the earth . . . and the ark floated on the face of the waters" (Gen 6:17-18 NRSV).

In modern times the Genesis flood account has been probed and analyzed for answers to scientific, apologetic, and historical questions. It is a text that has called forth "flood geology," fueled searches for remnants of the ark on Mount Ararat, and inspired a full-size replica of Noah's ark in a theme park. Some claim that the very veracity of Scripture hinges on a particular reading of the flood narrative. But do we understand what we are reading?

Longman and Walton urge us to ask what the biblical author might have been saying to his ancient audience. Our quest to rediscover the biblical flood requires that we set aside our own cultural and interpretive assumptions and visit the distant world of the ancient Near East. Responsible interpretation calls for the patient examination of the text within its ancient context of language, literature, and thought. And as we return from that lost world to our own, we will need to ask whether geological science supports the notion of flood geology.

To read Longman and Walton is to put our feet on firmer interpretive ground. Without attempting to answer all of our questions, they lift the fog of modernity and allow the sunlight to reveal the true contours of the text. As with other books in the Lost World series, The Lost World of the Flood is an informative and enlightening journey toward a more responsible reading of a timeless biblical narrative.

This volume can be purchased individually, or as part of The Lost World Series (6 Vols.).

"The Lost World of the Flood lays before serious Bible readers a consistent examination of the text itself, an honesty about hyperbole in the flood narrative, a splendid locating and explaining of the flood story in the context of the ancient Near East, a profound grasp of the theological value of the text, and a noble example of how to read the Bible as the Word of God. A brave and sound accomplishment." - Scot McKnight, Julius R. Mantey Professor, Northern Seminary

"A 'plain sense' reading of the biblical flood account has been under siege since the inception of 'flood geology' nearly a century ago. In an effort to uphold the truth of Scripture, many well-intentioned Christians have instead ravaged both the biblical text and the field of geology. In The Lost World of the Flood, Longman and Walton make great strides in retrieving biblical authority from interpretations of Genesis 6 through 9 founded upon poor exegesis and equally poor science. With a firm but gentle hand the authors lead their readers into the world of ancient Israel, offering an interpretation of the biblical flood narrative that honors the authority of Scripture and respects the scientific consensus on geological matters." - Kyle Greenwood, associate professor of Old Testament and Hebrew, Colorado Christian University John H. Walton (PhD, Hebrew Union College) is professor of Old Testament at Wheaton College and Graduate School. Previously he was professor of Old Testament at Moody Bible Institute in Chicago for twenty years.

Tremper Longman III (PhD, Yale University) is Distinguished Scholar of Biblical Studies at Westmont College in Santa Barbara, California. He is also visiting professor of Old Testament at Seattle School of Theology and Psychology and adjunct of Old Testament at Fuller Theological Seminary. He lectures regularly at Regent College in Vancouver and the Canadian Theological Seminary in Calgary.

Longman is the author or coauthor of over twenty books, including How to Read Genesis, How to Read the Psalms, How to Read Proverbs, Literary Approaches to Biblical Interpretation, Old Testament Essentials, and coeditor of A Complete Literary Guide to the Bible. He and Dan Allender have coauthored Bold Love, Cry of the Soul, Intimate Allies, The Intimate Mystery, and the Intimate Marriage Bible studies.