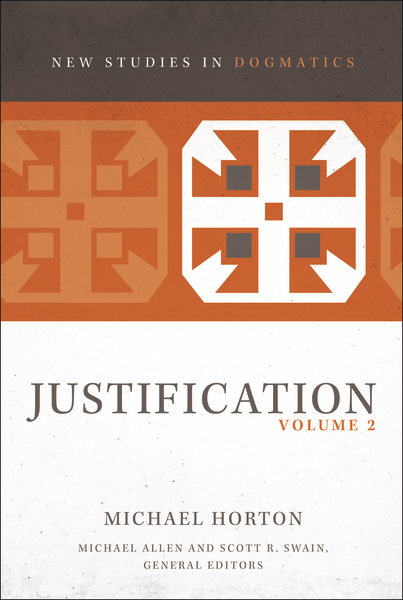 The doctrine of justification stands at the center of our systematic reflection on the meaning of salvation as well as our piety, mission, and life together. In his two-volume work on the doctrine of justification, Michael Horton seeks not simply to repeat noble doctrinal formulas and traditional proof texts, but to encounter the remarkable biblical justification texts in conversation with the provocative proposals that, despite a wide range of differences, have reignited the contemporary debates around justification.

Horton shows that the doctrine of justification finds its most ecumenically-significant starting point and proper habitat in union with Christ, where the greatest consensus, past and present, is to be found among Orthodox, Roman Catholic, and Protestant theologies. At the same time, he proposes that the union with Christ motif achieves its clearest and most consistent articulation in forensic justification. The final chapter locates justification within the broader framework of union with Christ.

“This thorough, systematic, and far-ranging work advances a reading both distinctive and yet more traditional than many of today’s dominant paradigms.” —Craig Keener, Asbury Theological Seminary

“This is a volume bristling with theological insight and intellectual energy.” —Simon Gathercole, University of Cambridge

“Very impressive and a major contribution to the clarification of the significant issues.” —Robert Kolb, Concordia Seminary, Saint Louis

“A superb and engaging book, marked by a careful and generous listening to other theological traditions. It will not only reenergize the reader with a passion for understanding this long-running doctrinal conversation, but also challenge one to engage critically.” —Eduardo J. Echeverria, Sacred Heart Major Seminary Michael Horton (PhD) is Professor of Systematic Theology and Apologetics at Westminster Seminary in California. Author of many books, including The Christian Faith: A Systematic Theology for Pilgrims on the Way, he also hosts the White Horse Inn radio program. He lives with his wife, Lisa, and four children in Escondido, California.