New Studies in Biblical Theology - Identity and Idolatry: The Image of God and Its Inversion (NSBT) - Olive Tree Bible Software

New Studies in Biblical Theology - Identity and Idolatry: The Image of God and Its Inversion (NSBT) 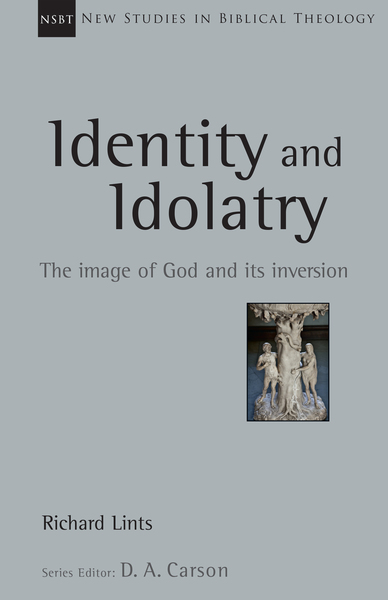 New Studies in Biblical Theology - Identity and Idolatry: The Image of God and Its Inversion (NSBT)

Title: New Studies in Biblical Theology - Identity and Idolatry: The Image of God and Its Inversion (NSBT)

"So God created man in his own image, in the image of God he created him; male and female he created them." (Genesis 1:27)

Genesis 1:26-27 has served as the locus of most theological anthropologies in the central Christian tradition. However, Richard Lints observes that too rarely have these verses been understood as conceptually interwoven with the whole of the prologue materials of Genesis 1. The construction of the cosmic temple strongly hints that the "image of God" language serves liturgical functions.

Lints argues that "idol" language in the Bible is a conceptual inversion of the "image" language of Genesis 1. These constructs illuminate each other, and clarify the canon?'s central anthropological concerns. The question of human identity is distinct, though not separate, from the question of human nature; the latter has far too frequently been read into the biblical use of 'image'.

Lints shows how the "narrative" of human identity runs from creation (imago Dei) to fall (the golden calf/idol, Exodus 32) to redemption (Christ as perfect image, Colossians 1:15-20). The biblical-theological use of image/idol is a thread through the canon that highlights the movements of redemptive history.

In the concluding chapters of this b>New Studies in Biblical Theology volume, Lints interprets the use of idolatry as it emerges in the secular prophets of the nineteenth century, and examines the recent renaissance of interest in idolatry with its conceptual power to explain the "culture of desire."

Richard Lints (PhD, University of Notre Dame) is the Andrew Mutch Distinguished Professor of Theology and Vice President for Academic Affairs at Gordon-Conwell Theological Seminary. An ordained minister in the Presbyterian Church in America, he is an accomplished church planter and has served in a variety of other pastoral positions. He is a frequent preacher and conference speaker and is on the board of the Gospel Culture Center, serving as its Theologian in Residence. Lints is the author or editor of books such as Renewing the Evangelical Mission, Progressive and Conservative Religious Ideologies: The Tumultuous Decade of the 1960s, Personal Identity in Theological Perspective, The Westminster Dictionary of Key Terms in Philosophy and Their Importance in Theology and The Fabric of Theology: A Prolegomenon to Evangelical Theory. In addition to teaching at Gordon-Conwell, he has lectured at Yale Divinity School, the University of Notre Dame, Trinity College (Bristol, UK), Westminster Theological Seminary and Reformed Theological Seminary. He and his wife Ann reside in Magnolia, Massachusetts, and have three grown children.
ISBN: 9780830898497