New Testament in Its World 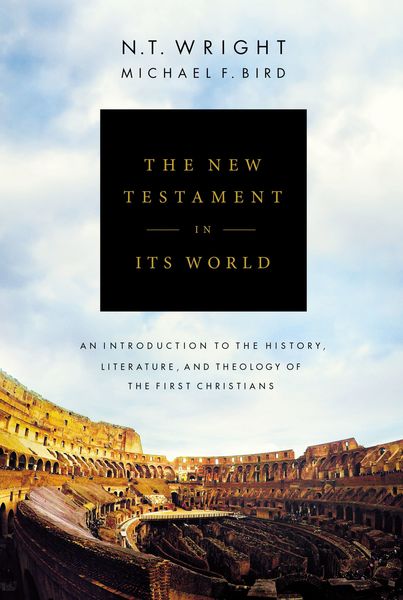 New Testament in Its World

Title: New Testament in Its World

Finally: an introduction that captures the excitement of the early Christians, helping today's readers to think like a first-century believer while reading the text responsibly for today.

The New Testament in Its World is your passageway from the twenty-first century to the era of Jesus and the first Christians. A highly-readable, one-volume introduction placing the entire New Testament and early Christianity in its original context, it is the only such work by distinguished scholar and author N. T. (Tom) Wright.

An ideal guide for students, The New Testament in Its World addresses the many difficult questions faced by those studying early Christianity. Both large and small, these questions include:

In short, The New Testament in Its World brings together decades of ground-breaking research, writing, and teaching into one volume that will open readers' eyes to the larger world of the New Testament. It presents the New Testament books as historical, literary, and social phenomena located in the world of Second Temple Judaism, amidst Greco-Roman politics and culture, and within early Christianity. '

Written for both classroom and personal use, the benefits of The New Testament in Its World include:

This product can be purchased alone, or as part of the New Testament in Its World Collection including the workbook, the text, and part one and part two of the audio lectures.

N. T. Wright is the Chair of New Testament and Early Christianity at the University of St. Andrews in Scotland. He is the award-winning author of many books, including After You Believe, Surprised by Hope, Simply Christian, The Challenge of Jesus, and The Meaning of Jesus (coauthored with Marcus Borg), as well as the series Christian Origins and the Question of God.

Michael F. Bird is Academic Dean and lecturer in theology at Ridley College in Melbourne, Australia. He is the author of Jesus and the Origins of the Gentile Mission, The Saving Righteousness of God, Evangelical Theology, Romans (Story of God Bible Commentary Series), The Gospel of the Lord: How the Early Church Wrote the Story of Jesus, and editor of The Apostle Paul: Four Views.
ISBN: 9780310499329