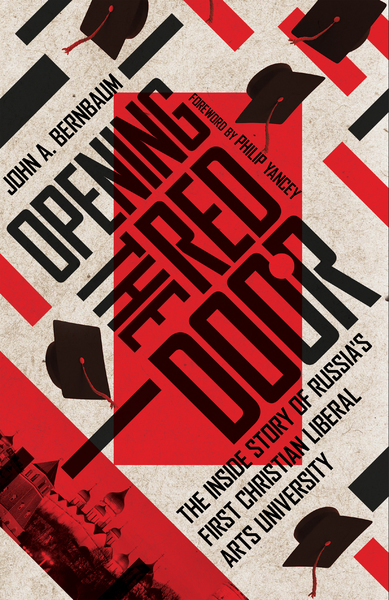 After the Berlin Wall fell, a group of Christian colleges in the U.S. seized the opportunity to begin strategic faculty and student exchanges with universities inside the Soviet Union. They could not have foreseen the doors that would open next. During a 1990 visit to Russia, John Bernbaum and his colleagues received a surprising invitation from a Russian government official: come help build a faith-based university in Moscow. Thus, after seventy years of fierce religious persecution under communism, the Russian-American Christian University (RACU) was born. In Opening the Red Door, Bernbaum presents an insider's account of the rise and fall of a Russian-American partnership. As a founder and later president of RACU, Bernbaum offers a ground-level perspective on Russia’s post-communist transition and the construction of a cultural-educational bridge between the two superpowers. He describes how American RACU staff worked to understand Russian history and culture—including the nation's rich spiritual heritage—so they could support their new Russian friends in rebuilding an educational system and a society. He documents the story of the first private Christian liberal arts university to be accredited in Russia's history, from its first steps, through its major successes, to its facing increasing opposition during the Putin era. Opening the Red Door offers unique insight not only into Russian culture and post–Cold War history but also traces the dynamics within international educational institutions and partnerships. When he first traveled to Russia, Bernbaum writes, he thought of it as a nation of mystery. But after more than twenty-five years of work there, he believes Russia can be understood. His journey of understanding will prove instructive to educators, administrators, students, missionaries, and anyone interested in international relations.
ISBN: 9780830865178