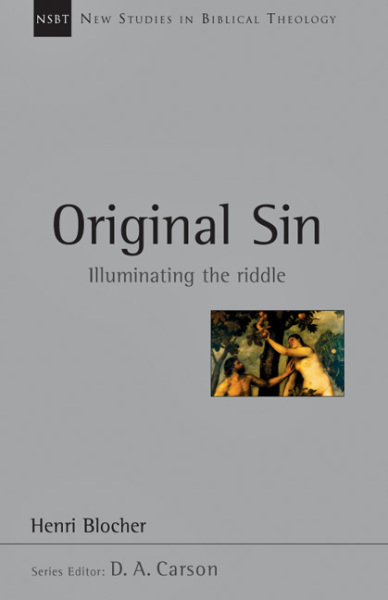 We live in a world shot through with evil. The twentieth century has witnessed suffering and human cruelty on a scale never before imagined. Yet, paradoxically, in recent years the doctrine of original sin has suffered neglect and ridicule.

In this philosophically sophisticated treatment of the biblical evidence for original sin, Henri Blocher offers a robust response. Interacting with the best theological thinking on the subject, this New Studies in Biblical Theology volume shows that while the nature of original sin is a mystery—even a riddle—only belief in it makes sense of evil and wrongdoing.

After a general survey of the biblical evidence, Blocher moves on to discuss the two key texts. First, he considers the relation of the Eden story of Genesis 2 and 3 to modern scientific, literary and theological thinking. Then, he offers a new and groundbreaking interpretation of Romans 5, where Paul discusses Christ and Adam. From this exegetical foundation, he goes on to show how the doctrine of original sin makes sense of the paradoxes of human existence. In the final chapter, he discusses the intellectual difficulties that some feel remain with the doctrine itself.

Henri Blocher was appointed to the Guenther H. Knoedler Chair of Theology at Wheaton College in Wheaton, Illinois in October 2003. Since 1965 he has served as professor of systematic theology at the Faculté Libre de Théologie Evangélique in Vaux-sur-Seine near Paris, France. A leading evangelical theologian and statesman, Blocher was a member of the Lausanne Committee on World Evangelization (1975-1980), served the World Evangelical Fellowship/Alliance in a number of capacities, and taught in schools in Europe, Australia, Africa, Canada, and the US. He is currently president of the Fellowship of European Evangelical Theologians. Blocher studied at a number of institutions including the Sorbonne, London Bible College, Gordon Divinity School, and Faculté Libre de Théologie Protestant of Paris. He has written six books, four of which have appeared in English, and several dozen articles. His English publications include Original Sin: Illuminating the Riddle, Evil and the Cross: Christian Thought and the Problem of Evil, and In the Beginning: The Opening chapters of Genesis.