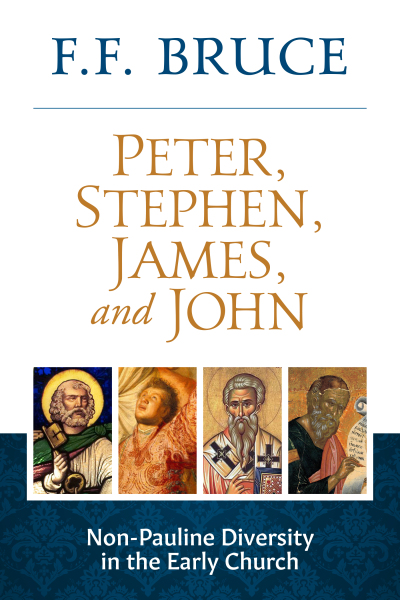 It is plain from Paul’s writings that presentations of the Christian message other than his own were current during his apostolic career. This concise and scholarly study describes four of the non-Pauline movements in the early church, each of which can be identified with a particular leader: Peter, acknowledged leader of the apostles; Stephen and the Hellenists (Jews who spoke Greek culturally and linguistically); James and the Church of Jerusalem; and John and his circle, including his influence at Ephesus. It is easy to view the early church through the eyes of Paul because so much of the New Testament contains his letters. This book, however, gives a sense of the diversity that existed as well.

Writing for the website Church History 101, R.A. Baker says, "Bruce...gives New Testament readers a better historical understanding of the non-Pauline traditions... If you want to properly understand Paul, you need to understand historical context. This text does the job."

Raymond Hammer says in the Scottish Journal of Theology, "Professor Bruce comes to terms with pluralism in the early church’s understanding of the person and work of Christ...The chapters reflect a great deal of compression and merit concentrated study." Originally published in England as Men and Movements in the Primitive Church.