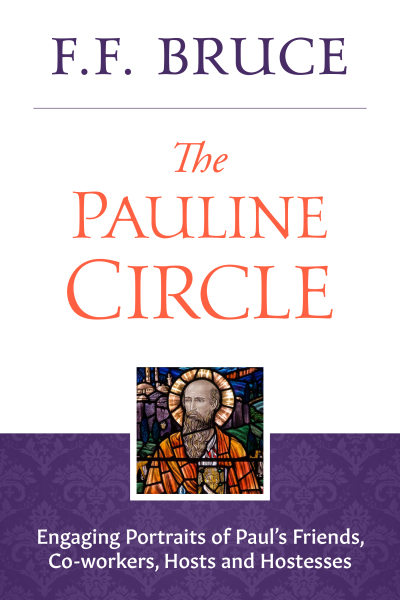 "Paul," writes F.F. Bruce, "attracted friends around him as a magnet attracts iron filings. He had that warm and outgoing kind of personality which draws out people's good will and affection." The New Testament evidence for Paul's wide circle of friends is plentiful, both in Paul's own writings and in the Book of Acts.

In each of the first ten chapters, Professor Bruce engagingly pictures one of Paul's associates: Ananias and the disciples at Damascus, Barnabas, Silas, Timothy, Luke, Priscilla and Aquila, Apollos, Titus, Onesimus, and Mark. The last two chapters briefly introduce co-workers and hosts and hostesses, who "had no other motive in being so helpful than love of Paul and love of the Master whom he served."

In creating these portraits, Bruce examines the relationships of the first-century Christians and gives a clear understanding of people who influenced the New Testament church.

Originally written as articles in The Harvester, Professor Bruce, widely known as one of the foremost Pauline scholars, writes in an clear style that is easily accessible to the lay person. By tying together threads from Acts and Paul's letters, The Pauline Circle gives a clearer understanding of who some of Paul's closest friends were.