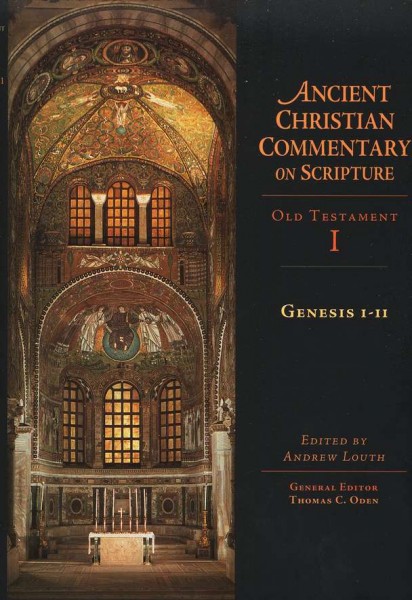 About the Genesis 1-11 volume:

The rich tapestry of the creation narrative in the early chapters of Genesis proved irresistible to the thoughtful, reflective minds of the church fathers. Within them they found the beginning threads from which to weave a theology of creation, fall and redemption. Following their mentor, the apostle Paul, they explored the profound significance of Adam as a type of Christ, the second Adam. The six days of creation proved especially attractive among the fathers as a subject for commentary, with Basil the Great and Ambrose producing well-known Hexaemerons. Similarly, Augustine devoted portions of five works to the first chapter of Genesis. As in previous volumes within the Ancient Christian Commentary on Scripture, the range of comment contained in Genesis 1-11 spans from the first century to the eighth, from East to West, and from Greek and Latin speakers to Syriac. Especially helpful in this volume is editor Andrew Louth's supply of Septuagintal alternative readings to the Masoretic text, which are often necessary to understanding the fathers' flow of thought. Genesis 1-11 opens up a treasure house of ancient wisdom,allowing these faithful witnesses, some appearing here in English translation for the first time, to speak with eloquence and intellectual acumen to the church today.