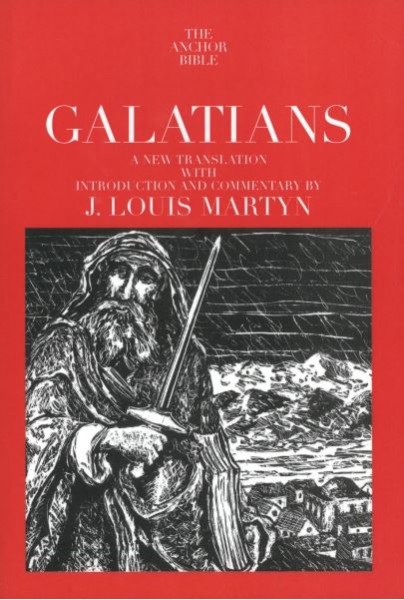 As the early church took shape in the mid-first century a.d., a theological struggle of great consequence was joined between the apostle Paul and certain theologians who had intruded into the churches founded by the apostle in Galatia. Writing his letter to the Galatians in the midst of that struggle, Paul was concerned to find a way by which he could assert the radical newness of God’s act in Christ while still affirming the positive relation of that act to the solemn promise God had made centuries earlier to Abraham.

With the skill of a seasoned scholar and teacher, J. Louis Martyn enables us to take imaginary seats in the Galatian churches so that we may hear Paul’s words with the ears of the early Christians themselves. Listening in this manner, we begin to sense the dramatic intensity of the theological struggle, thus coming to understand the crucial distinctions between the theology of Paul and that of his opponents. We can therefore see why Galatians proved to be a momentous turning point in early Christianity: In this letter Paul preached the decisive and liberating newness of Christ while avoiding both the distortions of anti-Judaism and his opponents’ reduction of Christ to a mere episode in the epic of Israel’s history. Like the Galatians of Paul’s day, we can begin to hear what the apostle himself called “the truth of the gospel.”

As its predecessors in the Anchor Bible Series have done, Galatians successfully makes available all the significant historical and linguistic knowledge which bears on the interpretation of this important New Testament book. A personal letter written by Paul in the mid-first century to friends in the churches emerging in the region of Galatia, where it was circulated, Galatians is down to earth and pragmatic. This biblical book requires the modern reader to take a seat in one of the Galatian congregations, to listen to Paul's letter with Galatian ears, and discern the contours of Paul's theology. That is exactly what Dr. Martyn makes possible in his marvelous commentary, with its careful translation and creative interpretation of Galatians. Though relatively brief, Paul's letter is filled with complex theological and historical issues that demand a thorough treatment. Readers will not be disappointed in Dr. Martyn's sensitive handling of difficult passages, and all will be delighted to have a fresh translation that makes sense to our modern ears. All in all, this volume will stand out as a shining example of top notch scholarship written for the general reader.