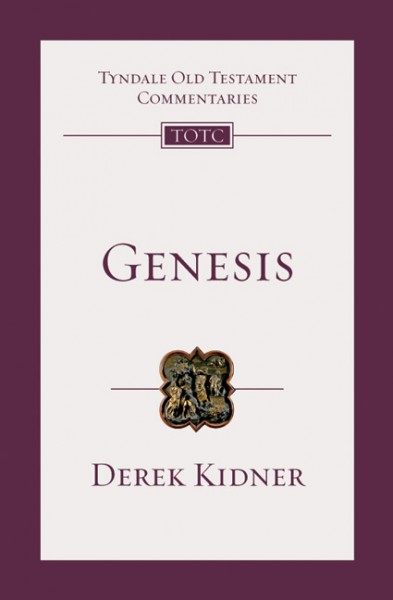 Genesis--the Bible's account of human origins and the harbinger of human destiny--is a book teeming with critical problems. Who wrote it? When? Does the account of creation square with modern science? What about Adam and Eve? Derek Kidner not only provides a running exegetical commentary, but lucidly handles the tough issues that Genesis raises. His clear prose and theological insight will expand readers' understanding of God's character and of human nature and destiny.

The Tyndale Old Testament Commentaries have long been a trusted resource for Bible study. The introduction to each volume gives a concise but thorough description of the authorship, date and historical background of the biblical book under consideration. The commentary itself examines the text section by section, drawing out its main themes. It also comments on individual verses and deals with problems of interpretation. Written by some of the world's most distinguished evangelical scholars, these volumes retain their original text now retypeset in a larger format. As always, they continue to aim at the true meaning of the Bible and to make its message plain to readers today.

"There simply is no series of medium-length commentaries that approaches the excellence of the Tyndale commentaries." — Donald A. Hagner, Fuller Theological Seminary Derek Kidner (1913–2008) was warden of Tyndale House, Cambridge. He wrote several volumes in the Tyndale Old Testament Commentary series, including those on Genesis, Ezra and Nehemiah, Psalms, and Proverbs. Kidner's works are full of the marks of both professor and pastor with his even­handed scholarship as well as his devotional insight. These qualities have made his commentaries in the Tyndale Old Testament Commentary series and The Bible Speaks Today series some of the most beloved and popular of recent decades. Kidner had a long career in both the church and the academy in England. He studied at Cambridge University and then served in the ministry for several years before becoming a senior tutor at Oak Hill Theological College. Kidner began his writing career while serving as warden of Tyndale House in Cambridge from 1964 to 1978, publishing his ninth and final book, The Message of Jeremiah, in 1987.
ISBN: 9780830842018