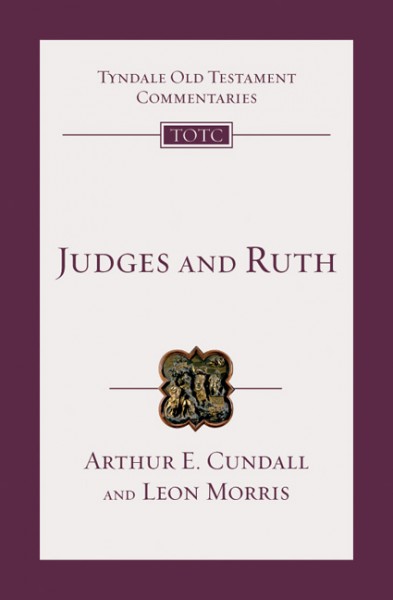 The book of Judges presents Israel's human frailty, the nation's need for both spiritual and political deliverance, and God's use of flawed human leaders to guide and preserve his chosen people through a dark period of their history. The book of Ruth tells a smaller story within this larger narrative, showing God quietly at work in the lives of a few pious individuals, remaining true to his covenant and his people.

Arthur Cundall and Leon Morris join forces in this introduction and commentary to the books of Judges and Ruth. Cundall expounds and comments on Judges in a clear, straightforward style, giving a good overall perspective to the book's varied contents. In the introduction he discusses the place of the book in the canon, its composition structure and date, taking into account pertinent archaeological evidence. He also discusses briefly the political, religious and moral questions raised by the book.

Morris follows the same pattern for Ruth. His introduction and commentary will appeal to both specialist and general reader as he discusses the problems of the book, showing the light shed on it by recent archaeological research. In particular he forcibly brings out the book's present relevance.

"There simply is no series of medium-length commentaries that approaches the excellence of the Tyndale commentaries." — Donald A. Hagner, Fuller Theological Seminary Leon Morris (1914-2006), one of the leading evangelical New Testament scholars of the twentieth century, served as principal of Ridley College in Melbourne, Australia. He was the author of more than forty works, including The Apostolic Preaching of the Cross, The Atonement, and comprehensive scholarly studies on Matthew, Luke, John, and Romans. He was the general editor of the Tyndale New Testament Commentaries and wrote the volumes in that series on Luke, 1 Corinthians, 1 & 2 Thessalonians, and Revelation.