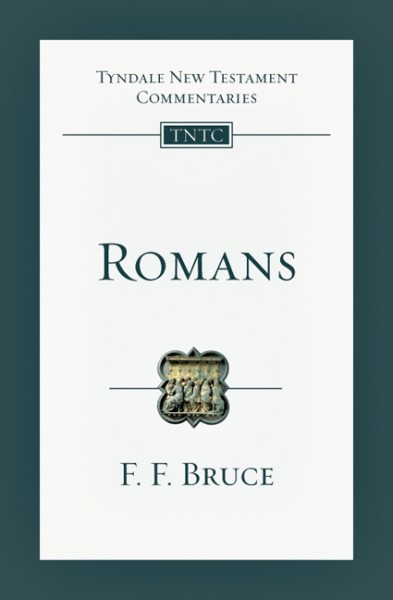 Paul's epistle to the Romans changed the lives of many great Christian thinkers, including Augustine, Martin Luther, John Wesley and Karl Barth. However, while Romans has been among the most influential books of the New Testament, it has also been the subject of some of the church's most heated debates. What is justification by faith? What is the relationship between law and grace? What is God's ultimate purpose for Israel? Without losing sight of the simplicity of the gospel, F. F. Bruce guides us along the difficult but rewarding paths of this great letter.

The Tyndale New Testament Commentaries have long been a trusted resource for Bible study. Written by some of the world's most distinguished evangelical scholars, these twenty volumes offer clear, reliable and relevant explanations of every book in the New Testament.

These Tyndale volumes are designed to help readers understand what the Bible actually says and what it means. The introduction to each volume gives a concise but thorough description of the authorship, date and historical background of the biblical book under consideration. The commentary itself examines the text section by section, drawing out its main themes. It also comments on individual verses and deals with problems of interpretation. The aim throughout is to get at the true meaning of the Bible and to make its message plain to readers today.

"There simply is no series of medium-length commentaries that approaches the excellence of the Tyndale commentaries." — Donald A. Hagner, Fuller Theological Seminary F. F. Bruce (1910–1990) was Rylands Professor of Biblical Criticism and Exegesis at the University of Manchester in England. During his distinguished career, he wrote more than forty bestselling commentaries and books, including A Mind for What Matters and Paul, Apostle of the Heart Set Free. He also served as general editor of The New International Commentary on the New Testament.
ISBN: 9780830842360