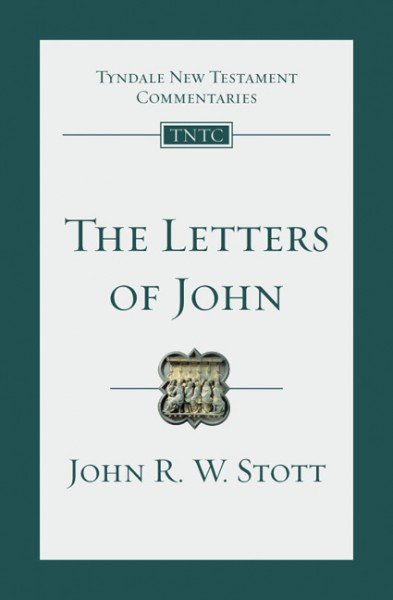 "John evidently loves the people committed to his care," says John Stott in the preface to this commentary on 1, 2 and 3 John. "They are his 'dear children,' his 'dear friends.' He longs to protect them from both error and evil and to see them firmly established in faith, love and holiness. He has no new doctrine for them. On the contrary, he appeals to them to remember what they already know, have and are. He warns them against deviating from this and urges them to remain loyal to it. Whenever innovators trouble the church, and ridicule whatever is old or traditional, we need to hear and heed John's exhortation, to continue in what we have learned and received, and to let it continue in us."

The Tyndale New Testament Commentaries have long been a trusted resource for Bible study. Written by some of the world's most distinguished evangelical scholars, these twenty volumes offer clear, reliable, and relevant explanations of every book in the New Testament.

These Tyndale volumes are designed to help readers understand what the Bible actually says and what it means. The introduction to each volume gives a concise but thorough description of the authorship, date, and historical background of the biblical book under consideration. The commentary itself examines the text section by section, drawing out its main themes. It also comments on individual verses and deals with problems of interpretation. The aim throughout is to get at the true meaning of the Bible and to make its message plain to readers today.

"There simply is no series of medium-length commentaries that approaches the excellence of the Tyndale commentaries." — Donald A. Hagner, Fuller Theological Seminary John R. W. Stott (1921–2011) served as rector of All Souls Church in London, where he carried out an effective urban pastoral ministry. A leader among evangelicals in Britain and the United States and around the world, Stott was a principal framer of the landmark Lausanne Covenant (1974). Stott's best-known work, Basic Christianity, has sold two million copies and has been translated into more than sixty languages. Other titles include The Cross of Christ, Understanding the Bible, The Contemporary Christian, Evangelical Truth, Issues Facing Christians Today, The Incomparable Christ, Why I Am a Christian, and Through the Bible Through the Year, a daily devotional. He has also written eight volumes in The Bible Speaks Today series of New Testament expositions.

Stott was honored by Time magazine in 2005 as one of the "100 Most Influential People in the World" and was named in the Queen’s New Years Honours list as Commander of the Order of the British Empire.
ISBN: 9780830842490