The Girl in the Orange Dress: Searching for a Father Who Does Not Fail - Olive Tree Bible Software

The Girl in the Orange Dress: Searching for a Father Who Does Not Fail 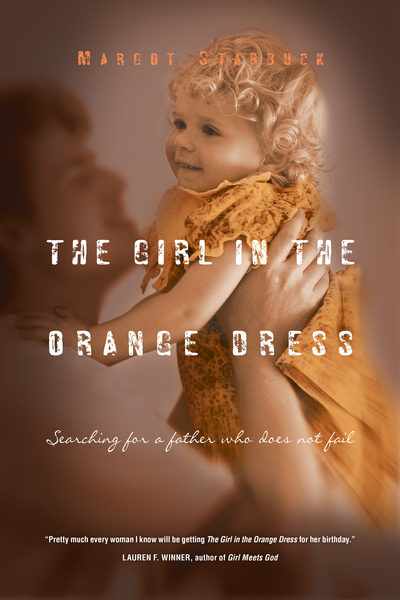 The Girl in the Orange Dress: Searching for a Father Who Does Not Fail

Title: The Girl in the Orange Dress: Searching for a Father Who Does Not Fail

Golden Scroll Nonfiction Book of the Year "Chosen." "Special." Those are the words Margot Starbuck used to describe herself as a child adopted into a loving family. And when her adoptive parents divorced, her dad moved east, and her mom and dad each got remarried, she told herself that she was extra loved, since she had more than two parents and people in different times zones who cared about her. But the word she really believed about herself was rejected. First by her birthparents. Then by her adoptive father-when he moved away. Then by her stepfather. Then by her birthfather a second time, when she tried to invite him into her life. Most of all, Margot felt rejected by God the Father, who she also suspected could not be trusted. Margot's story begins with a woman looking for her biological father. But it doesn't end when she finds him. Instead, his rejection punctures her soul and sends her on a different search--one that leads to a different Father. This Father did not just "sacrifice a son" like the parents she knew, but instead gave his own life out of love for her. Maybe you've been disappointed and wounded by parents who divorced, left, were abusive, or simply weren't there. Enter into Margot's story. She has been where you are. She knows the pain you carry. And her journey can lead you to the God who nurtures, protects and always says, "I am for you."
ISBN: 9780830877881