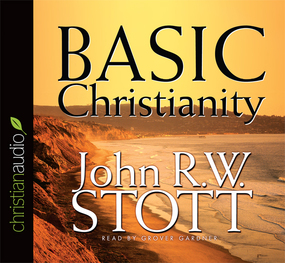 In this book, John Stott embarks on a compelling course of study that first defends the fundamental claims of Christianity and then defines the proper outworkings of these basic beliefs in the daily lives of believers. Here is a sound, sensible guide for those who are seeking an intellectually satisfying presentation of the Christian faith. // John Stott is known world-wide as a preacher, evangelist and communicator of Scripture. His books have sold millions of copies around the world and in dozens of languages. He is Rector Emeritus of All Souls' Church, Langham Place, London, and founder of the London Institute for Contemporary Christianity. He was named one of The 25 Most Influential Evangelicals in America.
ISBN: 9781596442610