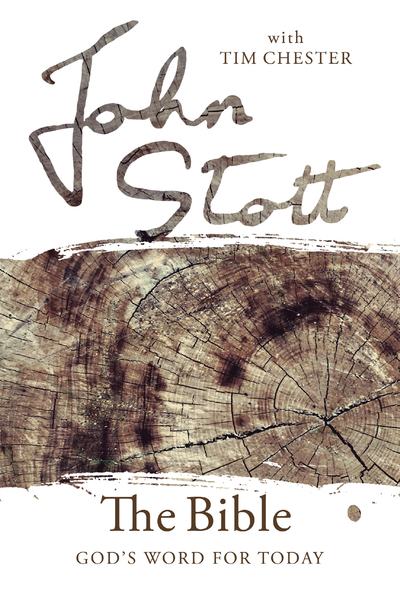 How can Christians effectively engage today's world while staying true to Scripture? Calling us to listen well to both the Word and the world, John Stott shows how Christianity can preserve its authentic identity and remain relevant to current realities. With the God's Word for Today series, pastor Tim Chester has updated Stott's classic book The Contemporary Christian and made it accessible to new generations of readers.

Unless Scripture is widely respected and its teaching followed, there is little hope for the church to be renewed or to influence the surrounding culture for good. In The Bible, Stott explains how Christians can continue standing firmly on the Word, respond with obedience, and interpret the text faithfully in our own cultural contexts. He also paints a picture of authentic biblical preaching, in which both preacher and hearers listen for and respond to the voice of God.

With pastoral wisdom and clear biblical exposition, Stott helps readers understand the central role of the Word of God in the church and the individual lives of all followers of Jesus.

"Vintage Stott, with all that that implies. In it, as usual, we find him digesting and deploying a wide range of material with a symmetry matching that of Mozart, a didactic force like that of J. C. Ryle, and a down-to-earth common sense that reminds us of G. K. Chesterton. It is really a pastoral essay, a sermon on paper aimed at changing people . . . an outstandingly good book." J. I. Packer, in Christianity Today

This product can be purchased individually or as part of the God's Word for Today set.

John R. W. Stott (1921–2011) served many years as rector of All Souls Church in London, where he carried out an effective urban pastoral ministry. A leader among evangelicals in Britain and the United States and around the world, Stott was a principal framer of the landmark Lausanne Covenant (1974). Stott's many books have sold millions of copies around the world and in dozens of languages. His best-known work, Basic Christianity, has sold two million copies and has been translated into more than sixty languages. He has also written eight volumes in The Bible Speaks Today series of New Testament expositions.