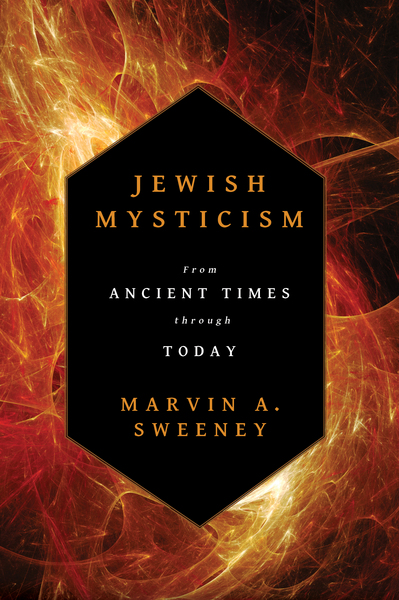 Questions of how the divine presence is understood and interacts within the world have been around since the time of the biblical prophets. The Jewish mystical tradition conceives God as active, just, powerful, and present while allowing for divine limitation so as to understand the relationship between G-d and the Jewish people in their history.

Jewish Mysticism surveys Jewish visionary and mystical experience from biblical and ancient Near Eastern times through the modern period and the emergence of modern Hasidism. Marvin Sweeney provides a comprehensive treatment of one of the most dynamic fields of Jewish studies in the twenty-first century, providing an accessible overview of texts and interpretative issues.

Sweeney begins with the biblical period, which most treatments of Jewish mysticism avoid, and includes chapters on the ancient Near East, the Pentateuch, the Former Prophets and Psalms, the Latter Prophets, Jewish Apocalyptic, the Heikhalot Literature, the Sefer Yetzirah and early Kabbalistic Literature, the Zohar, Lurianic Kabbalah and the Shabbetean Movement, and the Hasidic Movement.

Placing Jewish apocalyptic literature into the larger development of ancient Jewish visionary and mystical experience, Sweeney fills gaps left by the important but outdated work of others in the field. Ideal for the scholar, student, or general reader, Jewish Mysticism provides readers with a fresh understanding of the particular challenges, problems, needs, and perspectives of Judaism throughout its history.