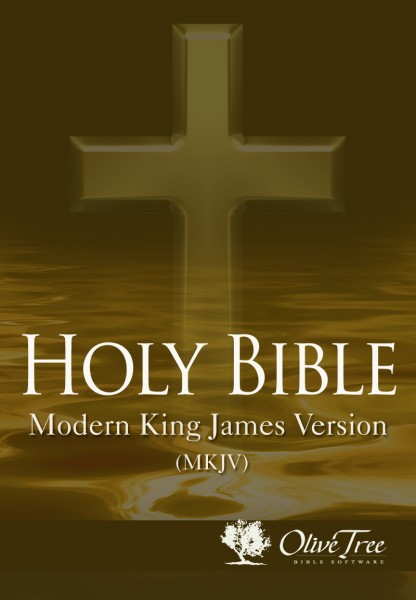 The Modern King James Version of the Bible is an update of the Authorized King James Version in today's English. Besides the language update, it has additional differences. Many older editions of the King James Version have suggested words for a better translation, many of these suggestions have now been put into the text. The names of animals of the Bible have been corrected according to scientific studies today. The titles to the Psalms and names of places have been translated to their actual meaning rather than their original name, such as Hor-hagidgad = The Hole in the Cleft. Those places which are incorrect have been changed (e.g. 'Passover' instead of 'Easter'; 'Joshua' instead of 'Jesus' in Hebrews 4; 'expanse' is replaced by 'firmament'; 'eunuch' for 'officer'; 'Let it not Be!' for 'God forbid'; 'came into being' for 'made' in John 1:3); places where the King James Version paraphrases have been replaced by a direct translation from the original; the Greek names for Old Testament characters are given the same name as in the King James Version; money, titles, weights, etc. are translated as they are in the original languages (e.g. denarius instead of penny).

The reviser has not thrust in words, nor left out words, in order to establish some personal belief as to what the Bible ought to say. The Modern King James Version can be easily understood in the pew when the speaker is using the King James Version.