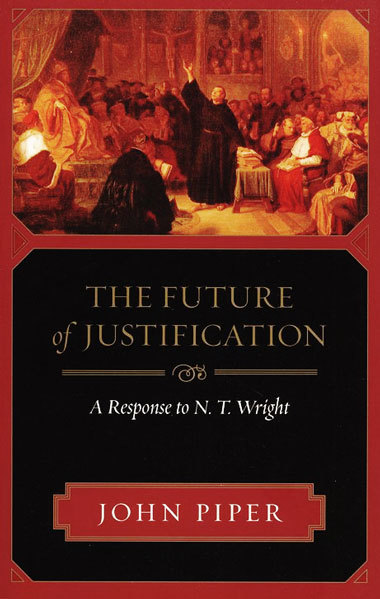 N. T. Wright, Bishop of Durham in the Anglican church, has studied, taught, and written on the New Testament for over twenty years, including historical scholarship focusing on Jesus and Paul. One of his most controversial topics has been Paul's view of justification, where Wright argues that Paul's understanding of the Gospel does not put its primary focus on justification, the process by which sinners are "made right" in relationship to God.

John Piper—pastor, renowned author, and New Testament scholar—soundly repudiates this perspective. In The Future of Justification: A Response to N.T. Wright, Piper passionately, thoughtfully, and thoroughly counters Wright's interpretations of the concept of justification. Based on his own extensive history of New Testament scholarship, Piper argues that justification is the heart of the Gospel and central to Paul's message, and that to argue otherwise is a serious misreading of the biblical text. Equally alarming, Piper believes, is the damaging influence Wright's ideas could have if preached widely in the church. He desires to keep the focus of the Christian message on this most important issue: How do you move from being on the wrong side of God to the right side of God? The Future of Justification is written with a special concern for pastors, teachers, and other leaders—those who bear the special responsibility for shepherding, teaching, instructing, and inspiring believers.

In this thorough and challenging book, Piper brings to his readers a careful consideration of what justification means. For any reader of the Bible who has wondered about the issues at stake in the "New Perspective on Paul" movement, Piper offers a strong critique of these ideas.

His conclusion, as he states succinctly in the introduction to The Future of Justification, is:

. . . there is a righteousness—a perfect obedience of Jesus Christ—that is offered freely to all through faith alone. And when faith is given, that righteousness is imputed to the believer once and for all. Together with the sin-forgiving blood of Jesus, this is our hope. From the moment we believed until the last day of eternity God is 100 percent for us on this basis alone—the sin-bearing punishment of Christ, and the righteousness-providing obedience of Christ.

John Piper, Pastor for Preaching and Vision at Bethlehem Baptist Church in Minneapolis, Minnesota, since 1980, is a respected theologian and author. He is the author of over 30 books, of which more than two million copies have sold.