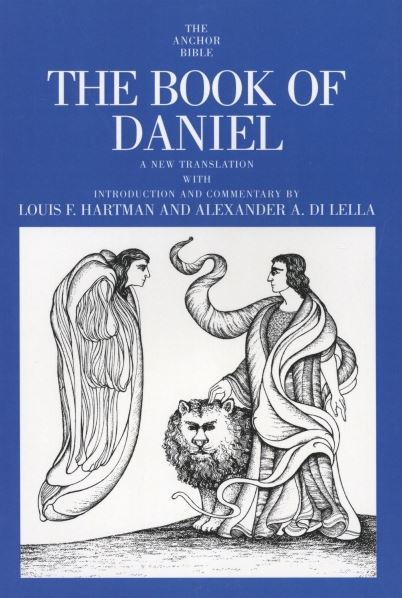 The Anchor Bible Series offers new, book-by-book translations of the Old and New Testament and the Apocrypha, with commentary. This volume on the Book of Daniel has been prepared by two distinguished biblical scholars from the faculty of the Catholic University of America: Alexander A. Di Lella, Professor of Old Testament, and the late Louis F. Hartman, Professor of Semitic Languages.

The Book of Daniel was written as resistance literature, to strengthen and console loyal Jews of the second century B.C. who had to endure religious, economic, and social oppression at the hands of Antiochus I. The inspiring stories in which Daniel and his companions Shadrach, Meshach and Abednego survive the ordeals of the lions' den and the fiery furnace dramatize for believers of all time the ultimate test of faith--the willingness to risk one's life for one's beliefs.

The Book of Daniel also includes the famous incident of "the handwriting on the wall" and recounts the four vivid dream-visions or apocalypses which, through symbols and signs, offered interpretations of history and predictions of future deliverance.

Louis F. Hartman and Alexander A. Di Lella have revealed the profound religious and human dimensions of the Daniel stories. They present Daniel as a colorful and dramatic hero unique in biblical literature--an enduring symbol of hope and salvation for all men and women of faith who must suffer for their beliefs.