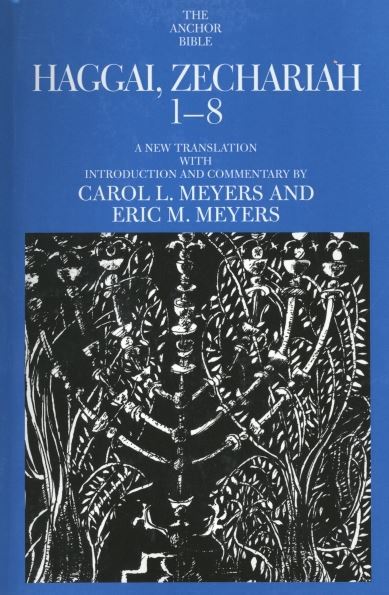 Haggai and Zechariah 1–8, Volume 25B in the acclaimed Anchor Bible part of the Scripture known as the Minor Prophets, were written during a critical period in Israel’s history, the momentous return of the Jews from Babylonian exile. Following the conquest of Babylon by the Persian Empire, the Israelites sought to reestablish their ethnic and religious legacy in Judah. This was a time of profound turmoil and uncertainty, and Haggai and Zechariah provided a crucial measure of support and inspiration. They rallied Israel’s energies and exhorted their fellow countrymen to heed the word of God. Under their guidance the Jews restored the Temple at Jerusalem, which had been destroyed by the armies of Nebuchadnezzar. Together the two prophets guided Israel through an important transitional epoch, and reconciled the influences of Persia’s dominion with the sacred traditions of the Hebrew people.

In this illuminating new translation and commentary, Carol and Eric Meyers consider the Book of Haggai and the first eight chapters of the Book of Zechariah in a linguistic, social, and historical context. They underscore the literary artistry, the political acumen, and the prophetic authority of these fascinating volumes that proved so vital to the survival of Israel and the preservation of the Jewish faith.

Carol L. Meyers and Eric M. Meyers are a husband-and-wife team of biblical scholars and archaeologists from Duke University in Durham, North Carolina. Carol Meyers holds an M.A. and a Ph.D. from Brandeis University, and is professor in the Department of Religion and associate director of the Women’s Studies Program at Duke. Eric Meyers has an M.A. from Brandeis and a Ph.D. from Harvard, and is also a professor in the Department of Religion at Duke.