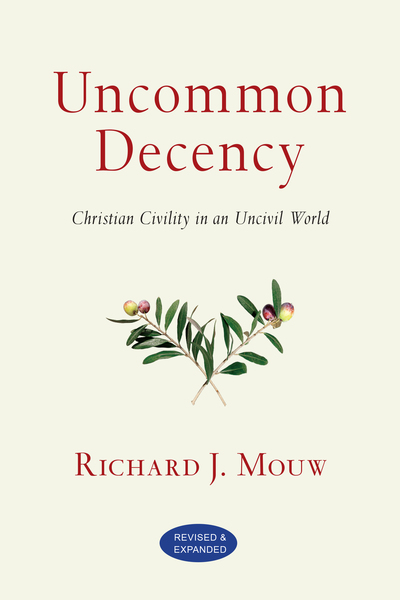 Can Christians act like Christians even when they disagree? In these wild and diverse times, right and left battle over the airwaves, prolifers square off against prochoicers, gay liberationists confront champions of the traditional family, artists and legislators tangle, even Christians fight other Christians whose doctrines aren't 'just so.' Richard Mouw has been actively forging a model of Christian civil conversation with those we might disagree with—atheists, Muslims, gay activists and more. He is concerned that, too often, Christians have contributed more to the problem than to the solution. But he recognizes—from his dialogues with those from many perspectives—that it's not easy to hold to Christian convictions and treat sometimes vindictive opponents with civility and decency. Few if any people in the evangelical world have conversed as widely and sensitively as Mouw. So few can write more wisely or helpfully than Mouw does here about what Christians can appreciate about pluralism, the theological basis for civility, and how we can communicate with people who disagree with us on the issues that matter most.
ISBN: 9780830869060