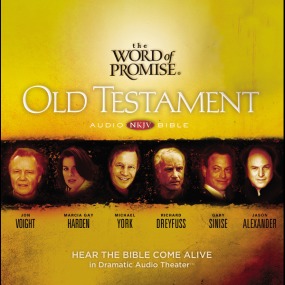 This star-studded audio production of the Old Testament of the Bible is the long-awaited follow up to the award-winning and best-selling Word of Promise® New Testament.

The original music score by prolific Italian composer Stefano Mainetti (Abba Pater) and a feature film-quality sound design produced, engineered, and mixed at a post-production facility ranked in the top 3 in the nation are woven together with compelling narration by Michael York and the work of over 400 actors.