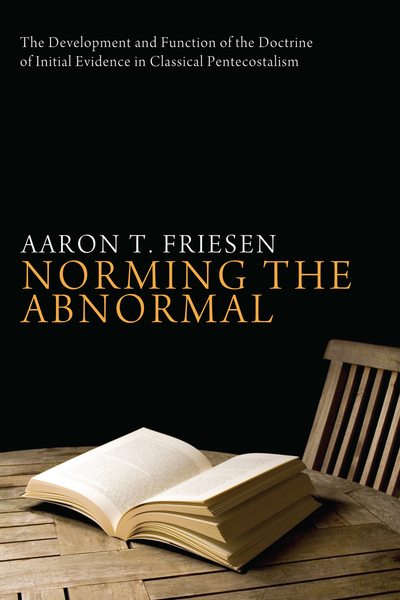 Pentecostalism is one of the largest and fastest growing religious movements around the world. Yet, the movement's defining doctrine has met with controversy and criticism since its inception. Classical Pentecostals have not only affirmed and valued the experience of speaking in other tongues, they have argued that such an experience is the first evidence of a Christian having reached a level of spiritual empowerment they call Baptism in the Holy Spirit. That speaking in an unknown language should be considered by many Pentecostals to be a normative and uniform right of passage for all Christians is interesting. That such a controversial doctrine could rise to take such a prominent role in defining and shaping the Pentecostal movement begs further historical and social study. This work charts the development of the doctrine from a small community in the Midwest to become a norm for Pentecostal identity and a hallmark of Pentecostal experience around the world. Then, through an empirical study of ministers in three Pentecostal denominations, the work explores the current beliefs of practices of Pentecostals regarding the doctrine of initial evidence in order to form some conclusions and proposals about the future of the doctrine among classical Pentecostals.
ISBN: 9781621895671