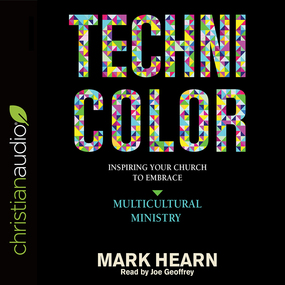 By the year 2040, no major city in the United States will have a majority ethnic group.

Every major city will be majority-minority. This future nationwide reality has already been a present reality in several cities, including many in the urban south, for nearly a decade. In a 2011 State of the City Address, the mayor of pastor and author Mark Hearn's city said there were fifty-seven languages spoken at the local high school.

Hearn left asking himself, "How should our church respond?"

In the years that have followed, a phenomenal transformation has taken place. This transition has been chronicled in the Gwinnet Daily Post, the Christian Index, the Wall Street Journal, LifeWay's Facts and Trends, and the Atlanta Magazine. Now, Hearn shares the life-changing story through his own lens. By reading his firsthand experience of this transition as a pastor, you too can be equipped to make the shift to church in technicolor.
ISBN: 9781683665632