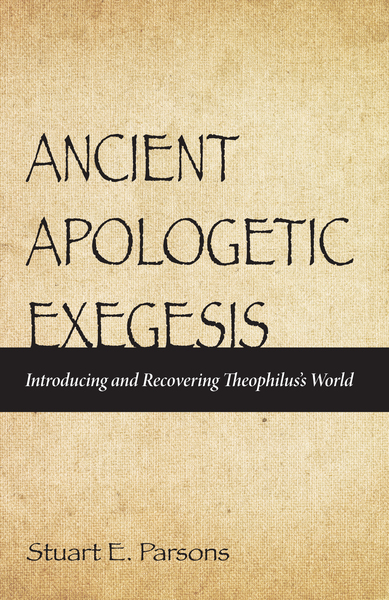 New Testament scholarship uncovers much about first-century Christianity. Early Christian masters such as Origen and Augustine draw great attention to the third and following centuries. Yet oddly, despite this flood of attention to both the first century and to the third and later centuries, the second century often escapes notice, this despite its almost living memory of Jesus and his apostles from only a generation or two prior. A distinctive biblical exegesis was used by those second-century apologists who challenged Greco-Roman pagan religionists. Along with introducing the general shape of this ancient apologetic exegesis, Ancient Apologetic Exegesis aims at its recovery as well. Current literature often misunderstands or dismisses second-century exegetical approaches. But by looking behind anachronistic views of ancient genre, literacy, and rhetoric, we can rediscover a forgotten form of early Christian exegesis.
ISBN: 9781498227506