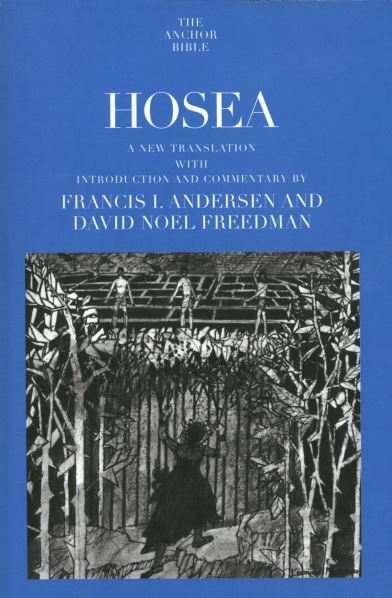 Hosea, volume 24 in the Anchor Bible Series of new, book-by-book translations of the Old and New Testaments and Apocrypha is a collaboration by world-renowned scholars Francis I. Andersen and David Noel Freedman. The authors' treatment of Hosea consists of:

Introduction: A review and rethinking of Hosea research that offers a fascinating interpretation of the prophet's life and work.

Translation: Based on one of the oldest of prophetic writings, this new translation of Hosea is unique insofar as the literary integrity of the text is scrupulously adhered to.

Notes: For both scholar and general reader there is cultural and linguistic information which sets each passage within the sociohistoric context of eighth century B.C.E. Hebrew vocabulary, syntax, and poetic language are examined in an effort to confront one of the most obscure sections of biblical literature.

Illustrations: Eight pages of photographs will take the reader through the ancient days of the Middle Bronze Age into the wonders of the Iron Age in which Hosea lived.