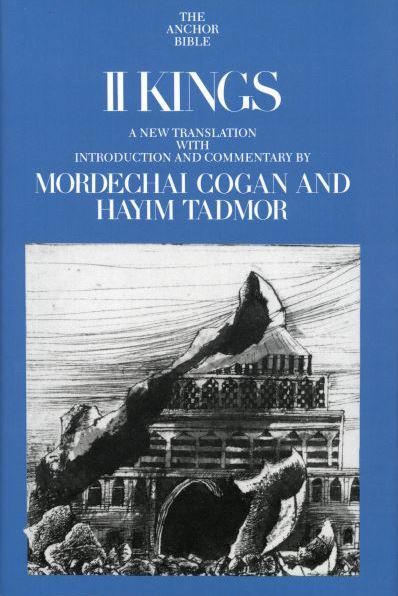 II Kings (Volume 11 in the acclaimed Anchor Bible) is the chronicle of the raging conflicts that tore the United Kingdom of Israel apart, creating the rival nations of Israel to the north and Judah to the south. It tells of the time of the great prophecies of Elijah and Elisha, and of the legendary conquerors of not only the Jews, but the whole of the Middle East--Sennacherib, Hazael, Tiglath-pileser III, Nebuchadnezzar, and Shalmaneser.

The book of II Kings was written with a dual purpose. It provided a chronological history of the divided kingdoms of Israel, from the time of division, through the destruction of the city of Jerusalem, and the final exile of the Jews into Babylonia. It also served as a reminder to all Israelite monarchs that their loyalty to the God of Israel, as worshipped in Jerusalem, determined the course of history. In his telling of the story, the book's author emphasized to his contemporaries and future generations that in order to avert the calamities that befell the Chosen People (their conquest by nonbelievers, the destruction of Jerusalem, and their ignominious exile), they would have to avoid a repetition of the misdeeds of the past. If they remained loyal to their God, their God would remain loyal to them.