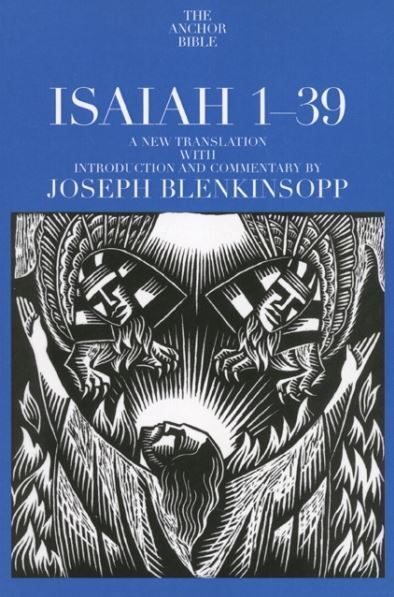 Writing a commentary on the book of Isaiah in the middle of a paradigm shift in biblical studies, and in the study of the prophetic books in particular, is no easy task. The book of Isaiah has been the object of more scholarly interest over the past two or three decades than during the preceding century. At the same time, much of the received wisdom on the formation of the book has been called into question, including such matters as the date of its several components, the standard tripartite division, the role (if any) to be assigned to the prophet Isaiah himself, and the passages dealing with the anonymous Servant of the Lord. A great deal of effort has been, and continues to be, expended in exploring new approaches to the book, both within the conventional critical methodologies and beyond them.

This commentary by Joseph Blenkinsopp on the first thirty-nine chapters of the book, the first of a three-volume commentary on Isaiah, is written from a critical perspective in the belief that only in this way can these texts be given the opportunity to say what they have to say—and also in the conviction that what they have to say still retains its transforming power for those willing to listen attentively today. The result is a commentary of unequaled brilliance and insight that will stand as the definitive study of one of the Hebrew Bible’s most compelling and elusive books.

Joseph Blenkinsopp is currently John A. O’Brien Professor Emeritus of Biblical Studies at the University of Notre Dame, where he has taught since 1970. He served as Rector of the Ecumenical Institute, Tantur, Israel, in 1978, took part in excavations at Tel Dan, and coordinated the excavation at the Greek Orthodox site of Capernaum throughout the 1980s. Among his many scholarly publications on the Hebrew Bible is the Anchor Bible Reference Library volume The Pentateuch. He was born in Durham, England, educated at the universities of London and Oxford, and holds dual citizenship in the United States and the U.K. He is married with two grown sons.