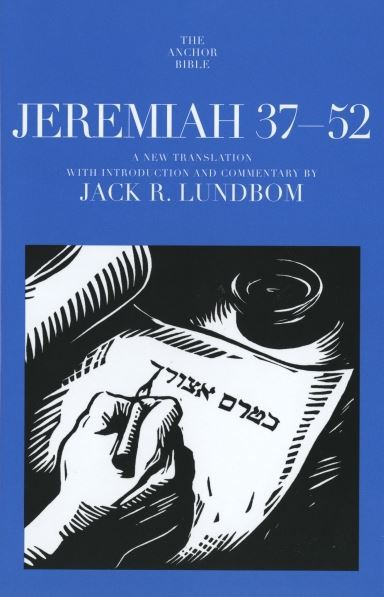 Stirring words of the most outspoken of the Hebrew prophets are reexamined in this concluding volume of the esteemed Anchor Bible Commentary on Jeremiah.

This final book of the three-volume Anchor Bible Commentary gives us translation and commentary on the concluding sixteen chapters of Jeremiah. Here, during Judah’s darkest days, when nationhood came to an end, Jeremiah with his people confronted the consequences of the nation’s sin, while at the same time reconstituting a remnant community with hopes to give Israel a future. Jeremiah preached that Israel’s God, Yahweh, was calling to account every nation on the Earth, even the nation chosen as his own. For the latter, Jeremiah was cast into a pit and left to die, only to be rescued by an Ethiopian eunuch. But the large collection of Foreign Nation Oracles in the book shows that other nations too were made to drink the cup of divine wrath, swollen as they were by wickedness, arrogant pride, and trust in their own gods. Yet the prophet who thundered Yahweh’s judgment was also the one who gave Israel’s remnant a hope for the future, expressed climactically in a new and eternal covenant for future days. Here too is the only report in the Bible of an accredited scribe writing up a scroll of oracles for public reading at the Temple.

This magisterial work of scholarship is sure to be essential to any biblical studies curriculum. Jeremiah 37-52 draws on the best biblical scholarship to further our understanding of this preeminent prophet and his message to the world.

Jack R. Lundbom is an internationally respected authority on Jeremiah. He has taught at the University of California, Berkeley, and held visiting appointments at Andover Newton Theological School, Yale Divinity School, The Lutheran School of Theology at Chicago, and Uppsala University in Sweden. Currently he is a Life Member at Clare Hall, Cambridge University. Dr. Lundbom has traveled and lectured widely in Europe, the Middle East, Africa, and the United States. He has twice been a Fulbright Professor in Germany, at Universität Marburg in 1988-1989, and Universität Tübingen in 2002. His many publications include Jeremiah: A Study in Ancient Hebrew Rhetoric, The Early Career of the Prophet Jeremiah, and Jeremiah 1-20 and 21-36 for the Anchor Bible.