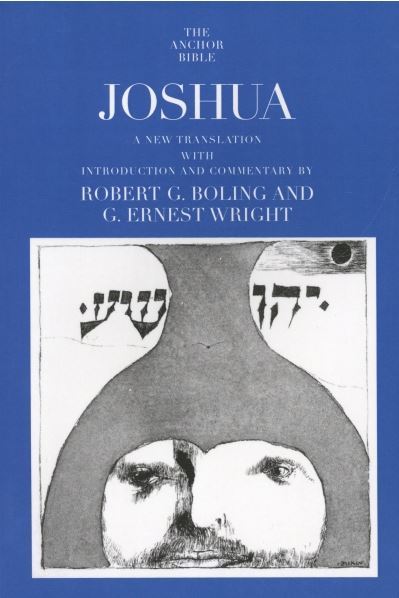 Joshua began as a collaboration between G. Ernest Wright, the distinguished biblical scholar and archaeologist, and his student, Robert G. Boling. After Wright’s death, Professor Boling, who also did the translation and commentary for Judges, finished the task alone.

Boling’s extensive treatment includes not only an entire new translation of Joshua and a complete commentary on the text, but also comprehensive notes, numerous bibliographies, four pages of illustrations, and eleven maps especially commissioned for this volume.

In addition to exhaustive research and excellent scholarship, there is also Dr. Wright’s 135-page introduction, completed just before his death, which provides not only an informed foreword to the text of Joshua but also a summary of his previous writings on Israel’s formative years.

Robert G. Boling is a minister of the United Presbyterian Church and a professor at McCormick Theological Seminary. He belongs to the American Schools of Oriental Research, the American Academy of Religion, and the Society of Biblical Literature, and is editor of the journal Biblical Research.

G. Ernest Wright, whose major works include Biblical Archaeology and The Westminster Historical Atlas, died in 1974.