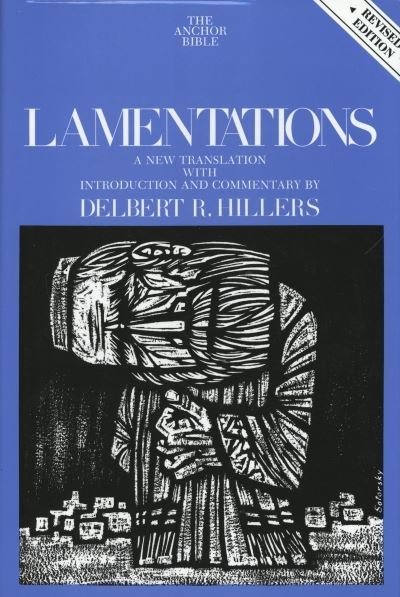 The poetry found in the Book of Lamentations is an eloquent expression of one man’s, and one nation’s, despair. The poet is deep in mourning as a result of the fall of Jerusalem to the Babylonians in the sixth century b.c.e. He looks to Israel’s own sins to explain the catastrophe, and yet he recites poignant examples of Israel’s suffering in wondering aloud if God has abandoned his people altogether. Thus his lament is both a confession and a prayer for hope in spite of the horrible defeat.

Lamentations is traditionally thought to have been written by the prophet Jeremiah; today the question is whether one man wrote it or many. In his Introduction, Delbert Hillers gives the evidence against Jeremiah’s authorship and suggests that the poems should be treated as an intelligible unity, most likely written by an eyewitness to the events described.

The Book of Lamentations has been taken up through history both as poetry and as an expression of boundless grief. It has become part of the Jewish and Christian liturgies, as well as a source of comfort far beyond the time in which it was written. This commentary fills in the book’s literary and historical background, and we emerge with a fresh respect for the artistry with which it was composed. The poetry itself demands this respect, with a translation here that carries the emotion and heartbreak of the original Hebrew.